It's been a long time since Samsung actually shipped a phone with TouchWiz — more recent software has gone by the unimaginative "Samsung Experience" moniker — but the company's heavy-handed changes in Android have kept the dirty word around as something of a software slur. Samsung has just announced a new interface design for its Android 9 Pie update that it's calling One UI, but if history is any indicator, you're still gonna call it TouchWiz.

Samsung claims it has three primary drives behind the new UI: Focus, Naural Interaction, and Comfort. In essence, though, Samsung really means it's redesigning its UI to be easier to use one-handed, and it's giving its stock apps and UI a night mode (yay!). 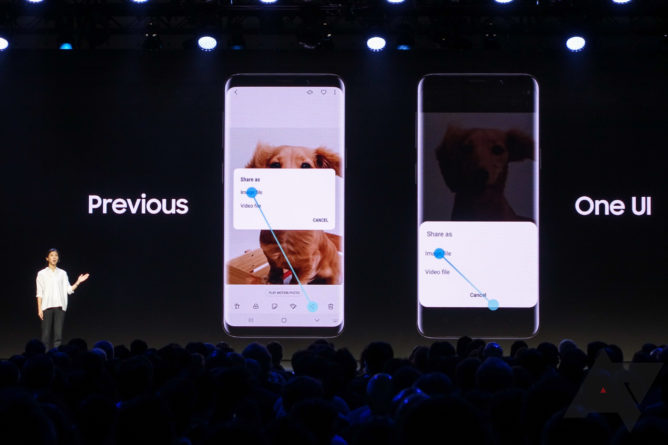 While it's always good to see dark/night modes hit apps, the biggest change for One UI is that switch to middle and bottom navigation for easier one-handed use. Samsung is redesigning almost all its apps, from the SMS messaging app to the Clock, to place interactive elements lower on the screen, while non-interactive content is placed higher, and (in iOS style) navigation/tabbed elements will now be placed at the bottom of the screen. 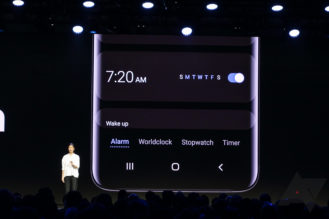 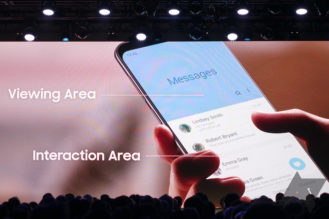 The general aesthetic seems very Google-like, with rounded corners for everything from dialogs to icons, and a bigger focus on stark contrasts and color. Themes will even be offered in colors that match hardware colors, which is pretty slick.

An open beta testing program for this Pie-based One UI is coming to the Galaxy S9, S9+, and Note9 in November for customers in the US, Korea, and Germany, with other countries to follow later. Instructions for joining the beta are available at Samsung's site. One UI's release for those same phones is set for early next year.

Google to smartphone screens: Get bent