Google Duo is getting an update today, and you'll actually see some changes if you install it, even though it's really just to remove colors from the Settings screen. However, a teardown shows there's actually a lot more coming in the future, including the ability to block email, a data saver mode, and maybe even the ability to show previously recorded videos to other people. 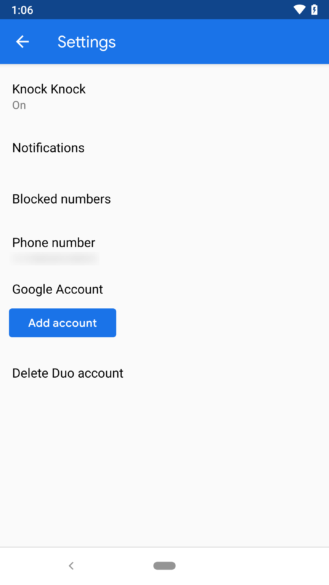 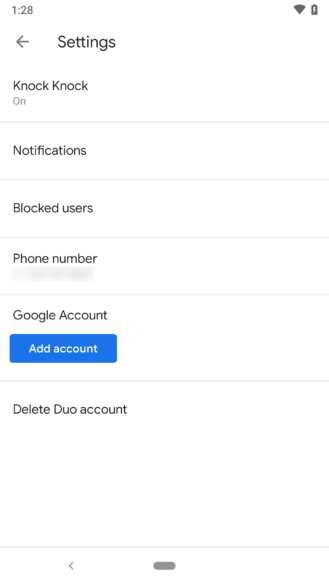 We've seen it happen to almost every other app, and Duo is joining the trend. The brand colors have been removed from the notification and title bars on the Settings screen. The only remaining color on the screen is the button for linking or unlinking your Google account.

It appears Duo will be adding a mode that will drop the video resolution on a call to reduce the amount of data used. Naturally, this will be good for people making video calls over cellular lines or using slow or metered Wi-Fi.

Be aware, this is not the same as the "Limit mobile data usage" toggle that was already present in the Settings screen. This toggle has been there for a while, though it won't appear on phones when there's no SIM card inserted — that's why the screenshots above don't show it. 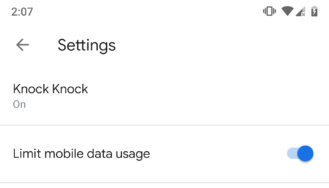 So far, the Data Saving mode isn't live for me, and even turning on Data Saver mode on the phone doesn't trigger it, so we'll probably have to wait a bit longer to see this roll out.

Also, as an aside, note that the line explaining the Data Saving mode uses the word 'everyone' to describe who is affected. It's not that we didn't already know group calling was on the way to Duo, but this little detail shows that the language is adjusting in preparation for group calling.

A single line of text has been added, and this will cover the action users take to block text. However, there doesn't appear to be a title for a screen or section of the current "Blocked numbers" list where we'll be able to go in to remove email addresses from the blocked list, so this feature probably won't actually go live until a future update rolls out.

Sometimes you can't be on a call when something great happens, but you might still be able to capture a video and send it with others. Google is working on adding the ability to choose a video to send directly to other people.

This line doesn't really reveal whether you're able to send the videos live during a call or if it's just for sending when a call isn't going, but it would be great if both use cases were made possible.

Android 9 Pie is coming to the Galaxy S9, S9+, and Note9 in January