Google is on a marketing blitz with the Pixel 3 and 3XL, mostly showcasing the phones' fantastic camera performance. We've seen Eminem's 'Venom' music video, a few cringy Jimmy Kimmel clips, and other media recorded with Google's new flagships. The company also partnered with Condé Nast to use the Pixel 3 across some of its magazines and sites — including a video where a chef crammed a lot of butter into a Thanksgiving turkey.

The camera work on most of Bon Appétit's videos isn't great to begin with — there's a lot of shakiness going on. While the Pixel 3's optical and digital stabilization helps a bit, the video's white balance is off, and the moire effect on the chef's apron is difficult to ignore. There were plenty of digital zooms added in the editing process, which only make the end result look worse. 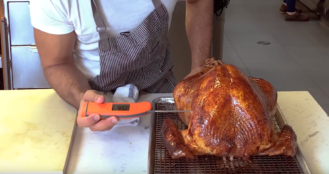 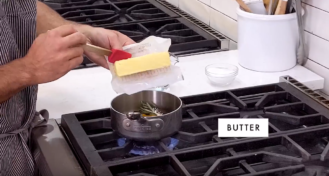 You can definitely tell when the camera zooms in.

Even though the Pixel 3 is one of the best phones when it comes to camera quality, it's clear that smartphones still can't replace professional cameras — especially when you zoom in frequently and don't use a tripod.