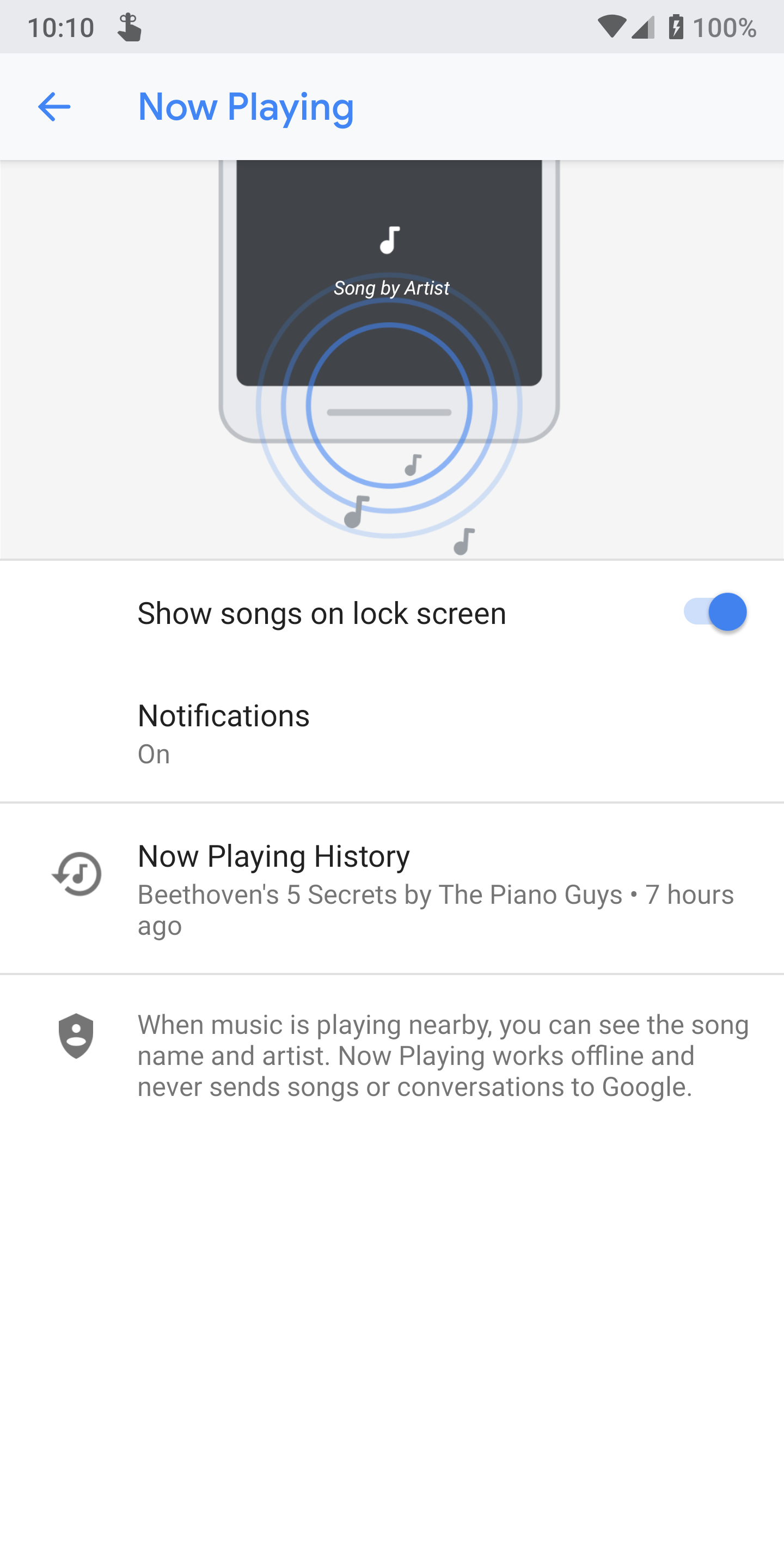 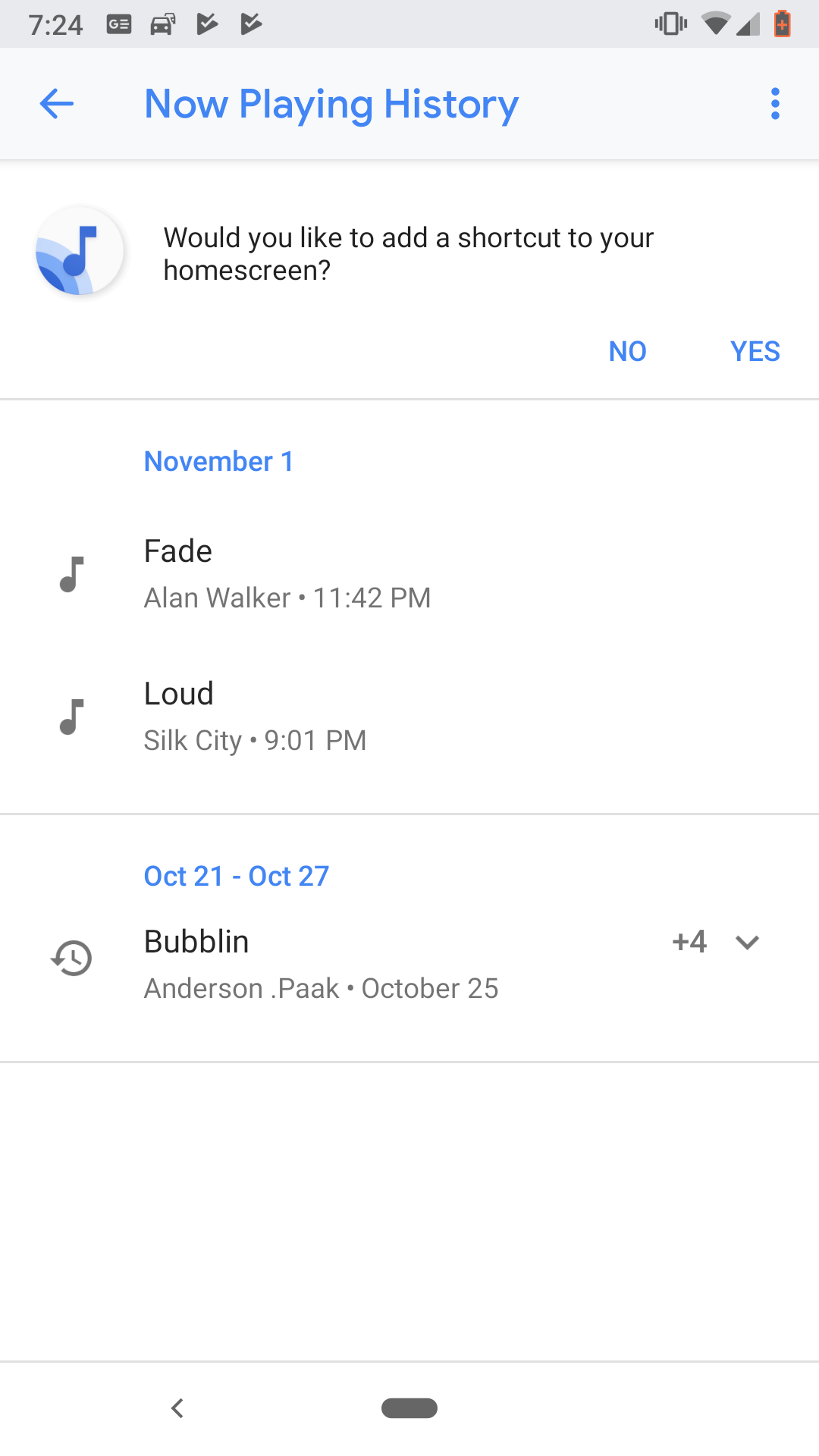 We've had several tips from Pixel 2 owners who say they now have access to the Now Playing History, and a post on Reddit adds further confirmation. Before now, there have been third-party workarounds that get the job done, but that's still no excuse for the lack of a native solution. Google has now righted that wrong, and the feature will be far more useful for it.

As well as a new notification that links to the History, there's also a home screen shortcut you can add. Even better is that when you tap a song name, it'll surface links to music apps you have installed so you can listen to the song again.