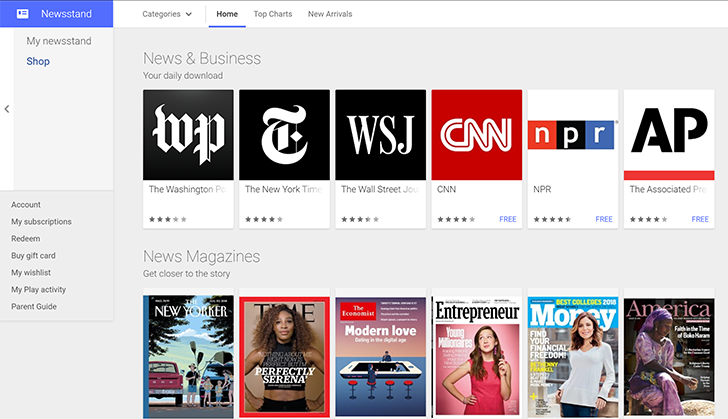 As a cached version of that page shows, Newsstand previously held collections of news apps and digital issues of print publications. It was accessible in the top and side menu along with sections like 'Games,' 'Movies & TV,' and 'Books.' 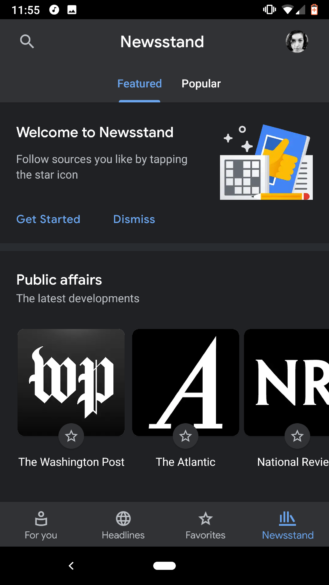 Newsstand now exists in a tab of the Google News app.

Newsstand is not completely gone, though. As mentioned above, it now exists as a tab within the Google News app, offering much the same content. This change is beneficial to Google, helping to drive more use of its News app, but it's perhaps not as strong a deal for publications, who were likely able to reach more eyes for their apps in the prior position. Still, it simplifies the news gathering and subscription management process for Google users, which is always helpful, and if it takes off for publications it's a win-win-win.