Google Podcasts is pretty widely regarded as lacking in features its competition has — notably, you can't mark multiple episodes as played at once or set the app to automatically download new episodes of shows you're subscribed to — but it's gradually improving. Case in point: the app can now generate links to podcasts and shows for easy sharing.

Sharing a podcast works pretty much like sharing anything else on Android: tap the three-dot overflow menu button in the corner, then Share. Android's familiar sharing menu will pop up, allowing you to send a link to the show or episode you're listening to via any number of apps. 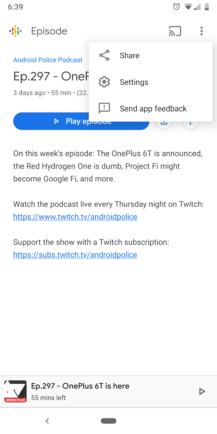 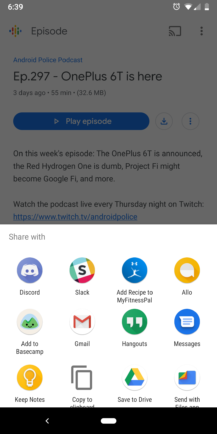 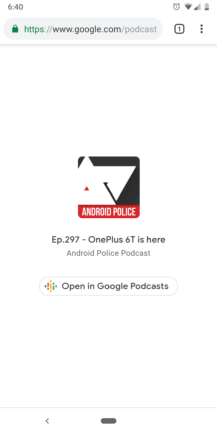 The link this method generates will direct the recipient to a simple web page that says what show or episode the sender shared along with a button to open it in Google Podcasts. If the app isn't installed, that button will direct to the Play Store to download it. Unfortunately, the link behaves the same way on desktop, which isn't particularly useful.

Personally, this feature wasn't high on my list of wants for the app (come on, auto-downloads), but it's good to see development progressing nonetheless.

[Update: Fixed] You're not alone: A recent Google app update is causing launchers to constantly ...