As soon as the Pixel 3 shipped, customers began identifying a missing element in the camera app. Although marketing materials promised that users could record video at 60fps in 1080p, there was (and still is) no manual setting for switching to the higher frame rate, which some Pixel 3 owners argue is false advertising. In fact, it's not even possible to manually set video to 60fps in 720p. Almost a month later, Google has acknowledged the issue, but hasn't promised a fix yet. That might be due to the fact that the company doesn't consider it a bug — it considers it a feature.

Google's idea is to simplify the video shooting process, though some prefer to call it an intentional "dumbing down" of the app. As XDA Developers detailed early on, Google debuted a new option to automatically switch frame rate during video recording with the Pixel 3. The feature lets the Google Camera decide what frame rate it will use (30fps or 60fps), and will even switch back and forth in the middle of a recording. Google subsequently confirmed with Android Police that the 30/60fps auto mode is largely dependent on scene exposure, using 60fps only for brightly lit scenes. One of our own Pixel 3 users was able produce 60fps footage by pointing their camera out a window toward bright daylight. When they pulled back indoors, the video switched back to 30fps, providing the resulting video with two different frame rates depending on the scene. 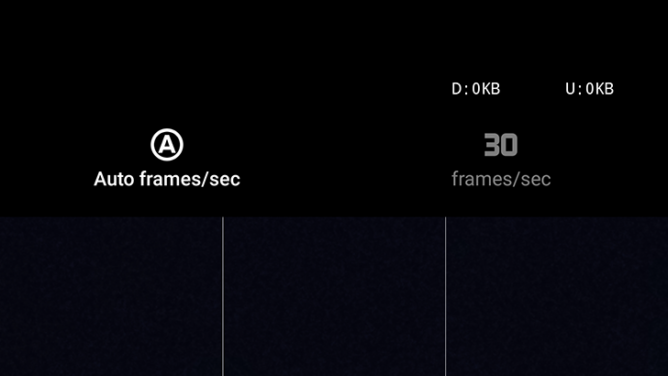 When users tap the 30 frames/sec button, it does not open to any other options.

What's the reason behind this feature? A Google product manager told XDA that people have trouble deciding the best frame rate, so this just makes things simpler for them. Still, the fact that there's no manual option for setting 60fps at 1080p forces people who do have photography know-how to rely on an automatic feature, which stops them from getting the most out of their Pixel 3 camera. Footage that switches back and forth between 30fps and 60fps could also pose issues for editing or playing on third-party platforms — not to mention just looking strange.

A group of fed up customers have already filed a complaint about the issue, and Google responded on October 22nd with the following statement: "We have passed this to the development team and will update this issue with more information as it becomes available." With any luck, it's considering adding a manual option, but there's no confirmation yet. For now, if you want 60fps at 1080p, you'll have to shoot in the sun.