The smart home ecosystem has two primary components: You need something that accepts commands to do stuff and something that gives them. Take this deal, which gets you both a Nest Thermostat E and a Google Home Mini, giving you both the mechanism to control your home environment, and the means to issue those commands. As a basic entry into the concept, it's a pretty good combo, and right now you can snag both together for just $79 (down from ~$169) in-store at some Walmart locations.

Unfortunately, this is one of those deals you can't take advantage of online. You'll actually have to drive to your local store, and reports are mixed. At a minimum, you can at least check to see if the right combination of stock is present at a given store via BrickSeek, though the prices it lists aren't always correct. 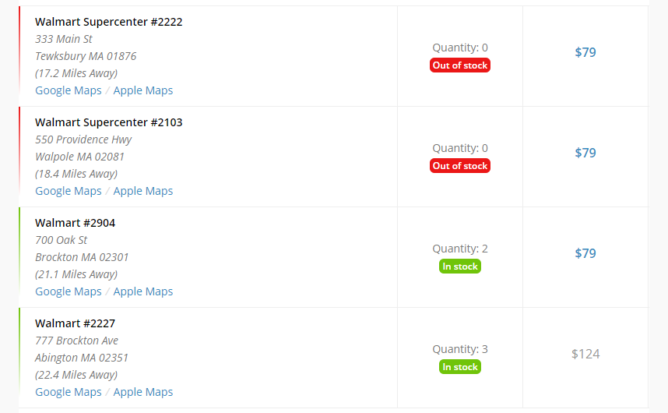 It's not on discount everywhere, and some locations are sold out.

Allegedly some stores have the pair for an even lower price, but we haven't been able to confirm that for ourselves. Still, considering the size of the discount — the Nest E is normally $169 by itself — it might be worth checking stock at your local store, and maybe a quick drive over to see.