The first Huawei Watch has long been held up as a prime example of a Wear OS device, while its successor, the Huawei Watch 2, didn't fare so well with critics. Both, however, benefit from a surprisingly active joint community of fans that are eager for all the latest updates. Android Police's tips inbox lit up with a flurry of activity when new UI changes courtesy of Wear OS v2.17 began to roll out over the past day, with users reporting that their devices now felt much smoother and faster.

The Google Play Services update should pop up automatically or with a reboot regardless of device variant. Or, if you'd prefer, you can grab the latest APK. 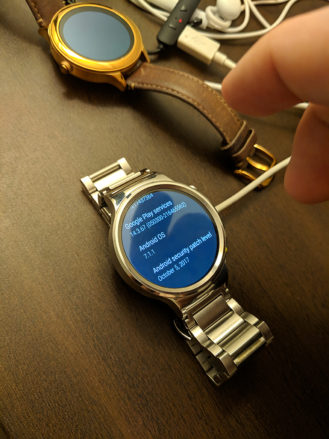 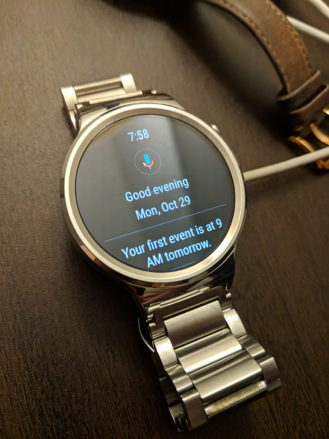 In the Huawei Watch subreddit, fans seem exceedingly pleased with the changes, primarily lauding how snappy and responsive the update has made their watch. Additionally, users noted that they enjoy the new swipe layout — swipe right to Google Fit, and left to Google Assistant. In the limited time it's been available, though, some watch owners have commented that battery life doesn't seem much improved, if not a bit worse.

At the very least, it's nice to see an older wearable like the Huawei Watch (released 2015) still get these sort of updates — with any luck, that will continue.

Huawei users haven't been the only group patiently waiting for a taste of new Wear OS software. Luckily they're also not the only ones receiving some eagerly-awaited updates this week, and we're also getting word that new Wear OS releases are currently hitting Motorola smartwatches.

Users have confirmed receiving updates for both the Moto 360 v2 and the Moto 360 Sport. Some started getting their updates over a week ago, while others are just getting them now; if you haven't seen anything recently, give your wearable another check.