Dolphin Emulator — the popular Wii and GameCube emulator — recently returned to the Play Store, making it easy to keep updated as Android beta development continues, and so it has. According to the latest progress report, Dolphin now has support for on-phone rumble/vibration in GameCube titles. Landscape mode is now forced by default as well on Android, and the developers would also like to apologize for some recent changes which broke existing savestates without warning for many.

The savestate issue isn't explained in much detail by the developers, but it seems to stem from a combination of automatic updates being paired with a policy of non-backward compatibility between builds when it comes to savestates. Somehow, in some method that isn't described, that worked out to a decision between breaking savestates or removing them from Android. As a stopgap, they've added an option to enable them with an explicit warning of this behavior now being present. (Presumably, they were disabled as a result of this decision. Again, the explanation is unfortunately quite vague.) 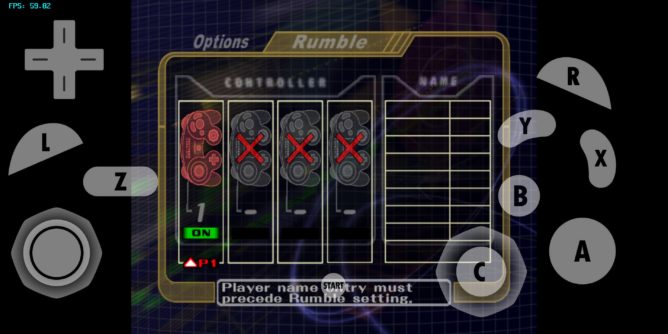 An artist's rendition of before (above) and after (below) the rumble changes. 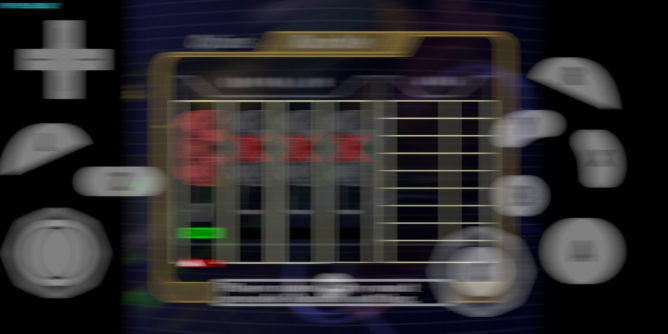 The addition of on-device rumble support should please everyone, though. Previously the only way to get any degree of rumble support on Android was via a GameCube controller and adapter, but now it works with both your phone and Xbox 360 controllers — though some other controllers which do support rumble don't work for some reason, YMMV in those cases. 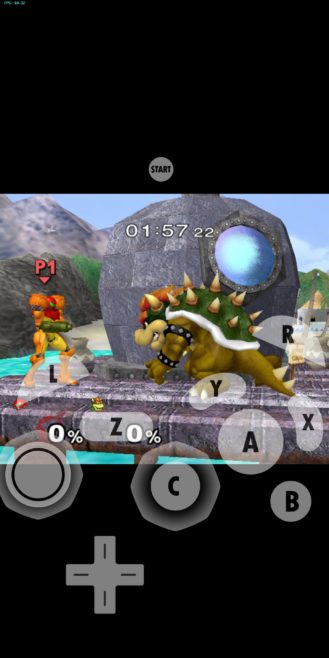 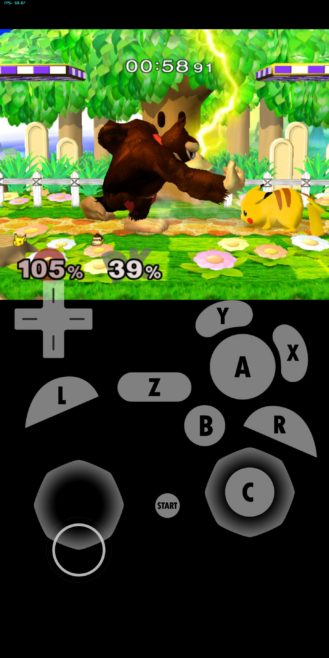 Before (left) and after (right) the offset changes in portrait mode.

Portrait mode for Dolphin has been disabled by default now on Android, though you can still manually enable it if you prefer. If you do, there are even a few enhancements like a new offset that provides more space for controls, though the developers still recommend against switching between modes as it can cause stability and performance issues.

A small fix for shaders compiled in a specific backend which could have resulted in crashes in some circumstances has also been fixed on Android. For more details, check out the full progress report for yourself.

Interested parties should download the latest version of Dolphin Emulator over on the Play Store. Whether you prefer to channel your inner Mango for some Melee or you just wanna relax with Windwaker, thanks to Dolphin's Android builds, that's something you can do on the go.