Google began rolling out the traditional friday night update to the beta channel. Like so many other updates, this one brings with it minor tweaks to the interface. Of more interest are the topics for a teardown, which includes changes to Voice Match, migration of more settings for the home screen, and a bit more about KITT. 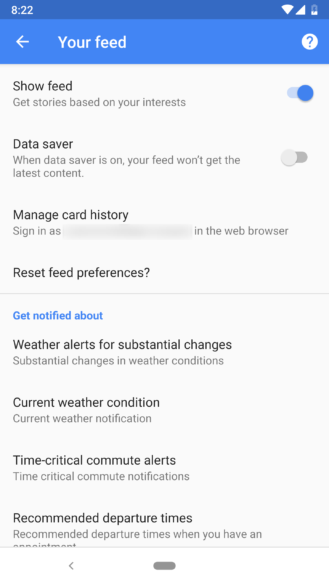 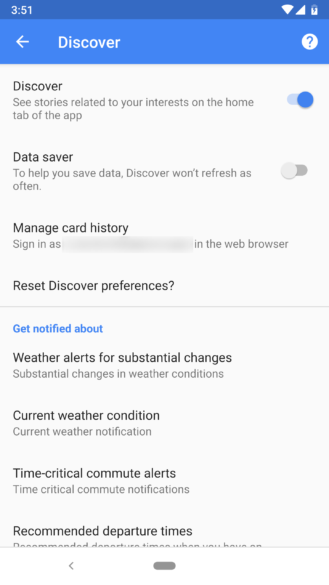 It has been about a month since Google renamed Feed to Discover. Well, it was renamed in spirit, but if you poked around through the settings and widgets, you would be seeing a lot of stuff still bore the name Feed. With this update, it looks like that problem has been fixed – well, mostly. There are still quite a few strings left that refer to it as the feed, but let's not nitpick.

The Pixel 3 does not support Voice Match on the lockscreen, a decision that can surely be linked to security concerns. It's no surprise that Voice Match wouldn't be an option on any other phone for much longer.

A bunch of new text has been added that explains Voice Match has been "updated" to a more secure method to get personal results while a device is locked. As you can probably guess, it will be the same "Personal Results" toggle that took the place of Voice Match on the Pixel 3. Strictly speaking, this is just doing away with a full phone unlock and replacing it with specific results that can pull from your personal data. 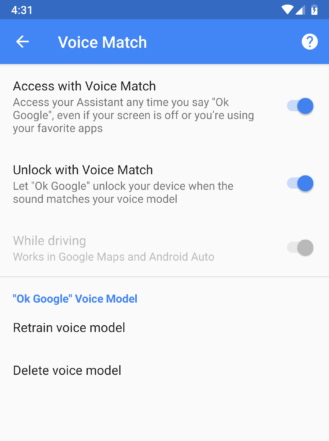 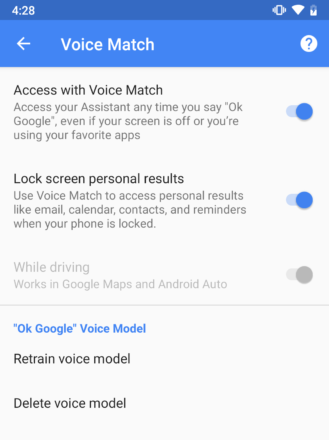 I haven't seen any of this messaging or a prompt about the switch on any device running this release of the Google app, so it seems likely Google will roll this update out to everybody before flipping the switch.

<string name="trusted_dock_title_string">Allow personal results when using your Pixel Stand</string>
<string name="trusted_dock_message_string">Access your photos, email, calendar, contacts, and more when your phone is locked on your Pixel Stand. Your Assistant can also show personal results without you having to ask for them.</string>

Let's keep in mind that this doesn't mean Voice Match is itself going away, it just won't bypass the lockscreen anymore. It should continue to match your voice for the appropriate queries and operate on Google Home and other Assistant-powered platforms as it already does.

The previous Google app update began loading up a brand new settings screen with options related to the home screen. Much like the "general" settings hub that we've seen over the last few updates, this will be the place Google keeps all of the settings for customizing the home screen. Two options were in that list: Whether Discover should be shown and if suggested apps were welcome.

The latest update brings a couple more to that list. One enables rotation of the home screen while the other determines if newly installed apps should add an icon automatically. Both of these options are already available in the current settings screen, so this will be a simple relocation.

We've talked about KITT a few times. The codenamed is used for a project related to voice commands in the car. The latest update brings some new lines, but most of them aren't of much value for interpreting what's coming. However, two lines represent buttons for linking and unlinking from a car.

Android Auto has a similar system, which is basically just used to determine if a car should load up the Auto interface when connected or just charge the phone. It's interesting to see that KITT adding a form of linking with in-car systems because it might infer that whatever is being linked is possibly doing more than just transmitting audio from a microphone. Perhaps this is associated with Android Automotive (which is different from Android Auto). Beyond that, there's not much else to say about this right now, but it seems things are going to get more interesting as time goes on.