The latest Google Phone update is out, but you're probably not going to spot anything too special right out of the gate. The changes worth noting are to the upcoming dark mode, which appears to be complete as of this version. It still hasn't gone live, but it probably could at any time. There's also text describing a tweak that would allow blocked phone numbers to be shared between apps. 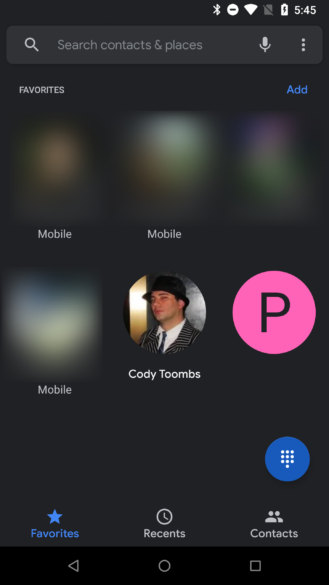 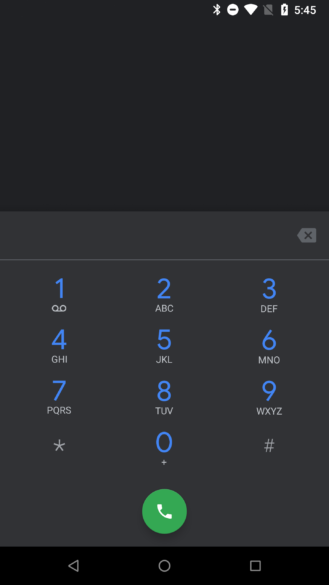 In case you've forgotten, last month's Phone update included a mostly complete Dark Mode that could be seen with a little bit of modding. It was sadly cursed with a few remaining issues, like text that hadn't been inverted and an unsightly white-to-gray gradient at the top of some screens. In this update, things are looking basically complete. 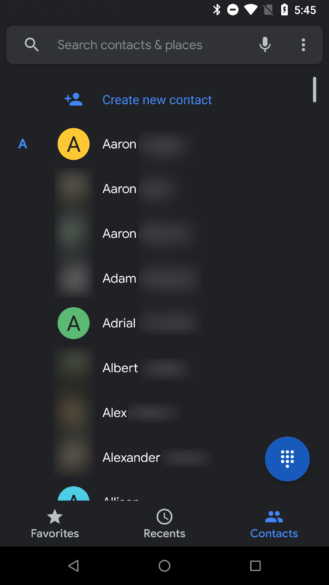 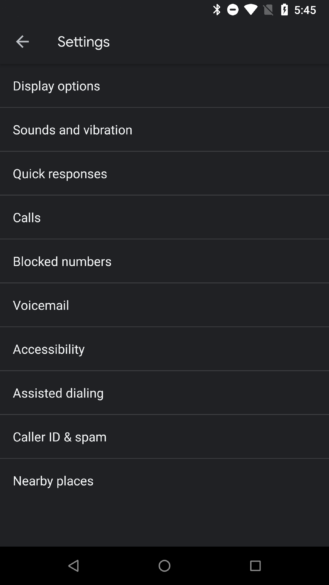 If you're comparing side-by-side with the screenshots from last month, you'll notice that most things haven't changed besides the issues mentioned earlier. Everything here looks complete, or very close to it, so we're probably pretty close to seeing Google flip the switch to allow everybody to switch on the Dark Theme. Oh, and speaking of that, it has been renamed since the previous version from "Mode" to "Theme."

There are also a few strings that give away a few more details. To begin with, the Phone app will watch to see if you have enabled Battery Saver Mode on your phone and suggest also switching to the Dark Theme in the Phone app. Sure, this theme doesn't use pure black pixels to get the most efficiency out of OLED displays, but at least darker pixels are more efficient than bright white.

It looks like the Phone app will also attempt to coordinate with the Contacts app so they can both have either light or dark themes.

Activation of the dark theme requires a rooted phone or restoring from a modded backup. The only required change is in a shared preferences file named dialer_phenotype_flags.xml file. Find the setting named G__enable_dark_mode_setting and change it to true. Then open the Phone app, open the Settings screen, Display options, and toggle the Dark theme option on (or off and back on, if necessary). 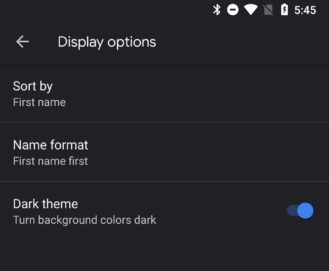 While you're editing that file, you may also want to switch to the updated Favorites tab to get those round contact photos. This can be done by changing G__enable_new_favorites_tab to true.

The list of blocked numbers is of questionable value now that many spam callers are spoofing their numbers, but it can still prevent annoying repeat callers and the less technical of the spammers. Nevertheless, Google appears to be expanding its reach to other apps. New text explains that your blocked list will be able to filter out text and "more calls" in other apps, but you'll have to share your list with those apps — as if you're not going to?

The explanation is a little vague, but I take it to mean that Android Messages will be able to block texts from numbers on your block list. What's more odd is the mention of "more calls," but I think this is likely a reference to incoming voice and video calls via Google Duo. Of course, Duo has its own block list, but it would certainly make life easier if you could ignore the same numbers on both apps without wasting time replicating them manually.

It's not clear if third-party apps will be invited to join in the game, but seeing as the specific apps weren't named, I want to think Google intends to share with everybody. Whatever the case may be, there's no sign that this has gone live yet, so we'll keep an eye out for more.