Some users are experiencing issues with Google Podcasts. Upon launching the app, only one podcast loads, but no trending lists or suggestions show up, no list of downloads or progress either, or anything else really. If they tap to open the podcast in question, the episode list stars loading infinitely but never does. 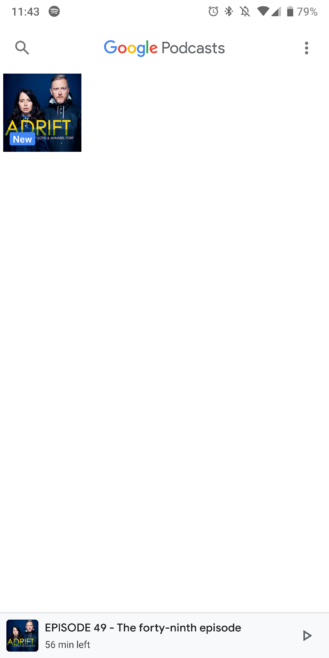 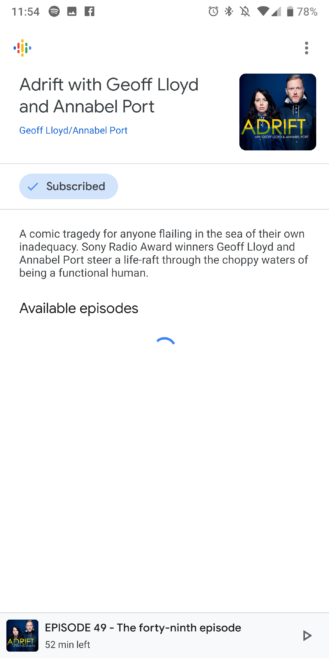 The only hint of things working is through search. If affected users search for a podcast, the episodes load correctly and they can pick any of the recent ones to play. 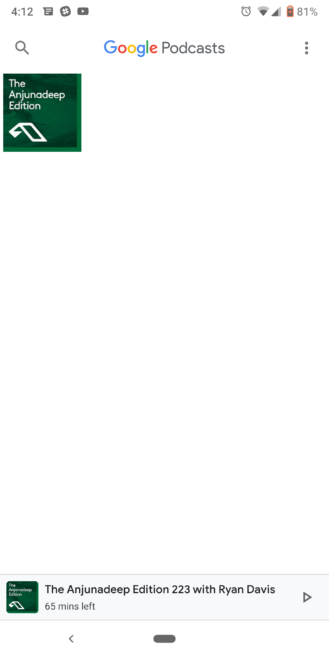 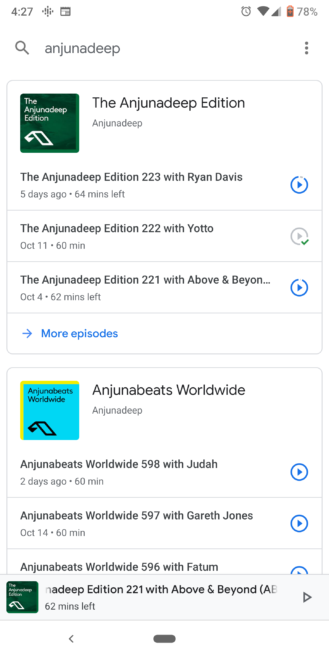 The issue has been reported on a couple of user forums, and some of us here at Android Police are affected. But many aren't. It seems like the bug could be related to the latest Google app beta version. Since Podcasts is nothing but a shell icon that lets you access the feature inside the Google app, this scenario isn't far-fetched. Some users report that leaving the beta and loading the stable Google app brings things back to working order. It's worth noting that I'm on the beta, but unaffected.

We reached out to Google for comment yesterday, but have not heard back yet.

Google has finally gotten back to us, and blames this issue on a problem with Google Search beta. Luckily, a fix is already available. If you've been having these problems as well, give it a shot:

We're aware of an issue that prevented podcasts from appearing in the Google Podcasts app for beta users of the Google Search app. We've rolled out fix for this problem, which affected users can implement by updating your Google Search app on Google Play to version 8.33.6.

[Deal Alert] Google Play has savings on creepy movies, books, and TV in time for Halloween