Alright, it's been a while since the last SEGA Forever release, but today we a have a new title that contains a three-pack from the Shining Force RPG series. One thing to keep in mind is that this is a series that has gone through a few changes over the years. The first title, Shining in the Darkness, is a first-person dungeon crawler with turn-based battles. The thing is, Shining Force and Shining Force II play more like a tactical RPG. So as you can see, this collection contains a solid selection that should cover just about anyone's interests. 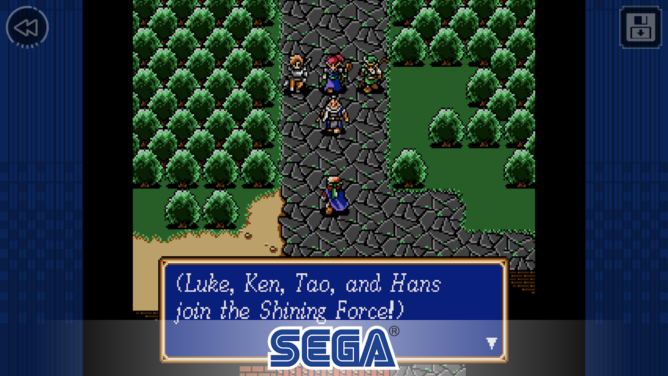 If you are unfamiliar with these SEGA Forever releases, let me fill you in. Sega created an in-house emulator to bring its Genesis games to mobile. The problem is that this emulator does not function as good as other options. This means the framerate can be subpar, and despite Sega clearly listing controller support on the Play Store, many controllers will not work since the directional inputs may not be recognized. For many games, this can be a big problem since the majority were designed for exact controller inputs, and playing on a touchscreen is hardly a workable option. Luckily, since this release only contains turn-based RPGs, it's less of a problem, and the touchscreen controls should suffice.

Now, just like every other SEGA Forever release, you can snag this title for free, though you will have to put up with numerous advertisements. You can remove these ads through in-app purchases, but of course, in its infinite greed, Sega wants you to pay $1.99 to remove them in each game individually, though you do have the option to pay $4.99 to remove them from all three in one fell swoop. 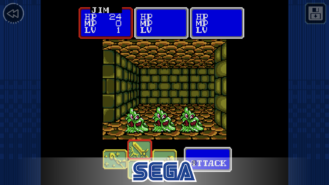 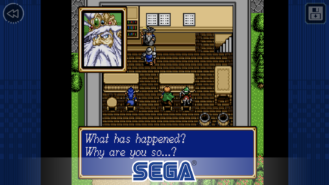 I have to say I haven't been a big fan of the majority of SEGA Forever releases since they are usually very difficult to play on a touchscreen, but Shining Force Classics doesn't have this problem thanks to the turn-based style of all three titles. Sure, you could emulate these games through your own emulator to see slightly better performance, and honestly, I wouldn't blame you. $4.99 is kind of tough to swallow when Sega has done little to improve its emulator or fix the broken controller support that has been plaguing these releases since the very beginning. At the very least, you can play Shining Force Classics for free while putting up with some annoying ads, so I suppose that's something. 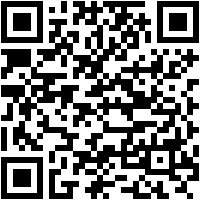 [Update: Reportedly certified] The OnePlus 6T might be Verizon-compatible