Sideloading and sharing APKs are widespread behaviors in our world. With software getting larger and larger, many users can not afford to find a connection stable enough or cheap enough to download several apps and games they'd love to try out. But if their friends already have those, then it's a simple matter of getting the file over from one device to another. Google knows and has been working to make the process as safe as possible, to avoid installation of harmful apps.

That's where the "distributed by Google Play" metadata announced in June comes into play. The protection feature started rolling out two days ago, and while Google said that it was live in SHAREit and coming later to its own Files Go, it appears to already be working in the latter.

To share an app from Files Go, open the app and navigate to the Browse tab, then Apps. You'll see your list of installed apps and APK files there. Select the one(s) you want to share and choose to Send with Files Go. 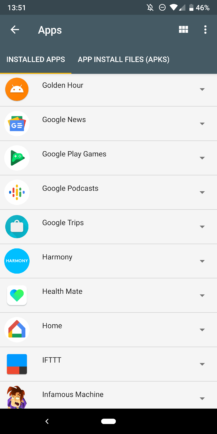 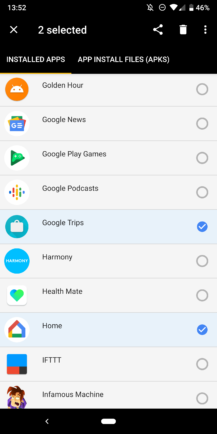 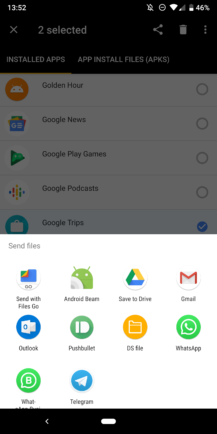 Files Go will then start the peer-to-peer sharing process, which creates a local hotspot between the devices and works even if neither has a data connection. It uses WiFi, so it's much faster than Bluetooth and large 100+MB files barely took ten seconds. To approve the sharing request, you'll need to open the Files Go app on the recipient device, go to the Share tab and put it in Receive mode. Once the two devices are connected, the apps will magically fly over from one to the other. 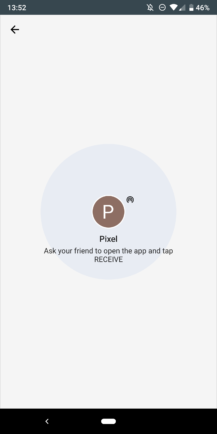 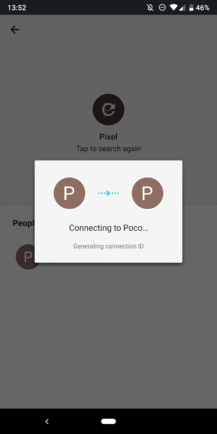 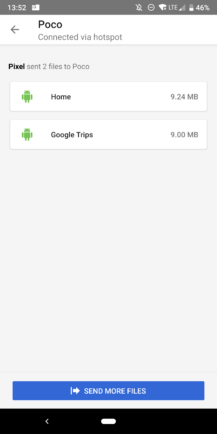 There's nothing new or different until this point. The feature has been available in Files Go since the app launched, and it still works the same way. It's convenient, fast, and doesn't require an APK extraction tool, but the security process doesn't kick in until the file is on the recipient's device.

There's a new banner for Google Play Protect that explains the scan is there to protect you from harmful apps and points to this support page. The other difference is with the received apps.

In the screens below, you can see that the Google Trips app shows a Verified by Play Protect badge, while the Home app doesn't. Tapping on Trips installs the app immediately with a small pop-up for progress.

On an older version of Files Go (from a month ago), the badge doesn't show up and tapping to install Trips simply opens the regular Android package installer. That's the previous regular behavior that didn't call in Play Protect.

Once installed, the app will show up normally in your library on the Play Store and continue updating there as usual. As a matter of fact, expect to see an update immediately, even if you shared the latest version originally. The size of the file sent through Files Go indicates it's the basic installation — it's smaller than any APK you'd find on APK Mirror — and even though it works, it seems to require some libraries and additions from the Play Store.

If you didn't install an app or would like to check it again, you'll find it in the Files Go app under the App install files (APKs) tab. Apps that were received through Files Go will show up with their regular name, not the apk name, so they're easier to parse. Unfortunately, there's no Play Protect badge there to indicate which apps are completely safe to install.

Since the feature is still rolling out, it seems that it hasn't hit every app and APK just yet. I was only able to see the badge on a few apps, like Google Trips. Others don't have the badge, even if I had recently installed/updated them from the Play Store.

If you're in the habit of sharing APK files with friends and family, you might want to stick to Files Go from now on. Not only is it a neat file utility with several storage saving features, it recently got better browsing abilities (tap the overflow button in the Browse tab to show storage devices and fully explore your local folders and SD cards). And now it can securely send and receive apps with fewer risks. You can still share modded and unofficial APKs with it, sure, but the regular apps will have their integrity verified before you install them.