Earlier this month, Google pushed up a Play Store listing for its new Search Suggestions app for Pixel phones, which powers — as you'd likely guess from the name — both the search functionality inside the Settings app and the suggestions which appear at the top. Now three more Pixel-specific apps have hit the Play Store: Pixel Tips, Connectivity Health Services, and Voice Action Services. Pixel Tips powers an animated guide that introduces you to your Pixel 3, Voice Action Services is connected in some imprecisely defined way to voice-based Assistant actions, and Connectivity Health Services does... something, probably.

The first two apps (Pixel Tips and Connectivity Health Sevices) are exclusively compatible with the Pixel 3 so the app listings likely won't appear if you don't have one linked to your account. Voice Action Services doesn't seem to be compatible with any of my devices, including my Pixel 3, so we're not quite sure what it's for yet.

The Pixel Tips app drives a shortcut that appears when first setting up the device, which takes you through a few quick walkthroughs on how things work on your new phone. Eventually, the shortcut to the tutorials dismisses itself if you don't follow it, but you can manually access the same set of tips via the Settings app (Settings -> Tips & Support -> Explore Pixel Tips). There are 20 tutorials in total, each one having its own animated GIF that demonstrates how the feature in question works. Tips are categorized broadly into groups based on which actions they apply to.

We assume that the app comes pre-installed on Pixel 3 phones, and the listing won't allow us to install the app onto other devices — not that you'd really want to, all the tutorials are Pixel 3-specific, though many of the same points do apply to the OG Pixel and Pixel 2. For the metaphorical lulz, I did try to install the app on my Pixel 2 XL, and while it installed, it the section in Settings did not appear.

Pixel Tips' app listing on the Play Store claims it was last updated on October 2nd, but since the Pixel 3 didn't actually come out until the 18th, app reviews and our own awareness of the listing were delayed. It's currently at version 1.1 (5030450), and if you'd like to experiment with it on your own non-Pixel device, you can download it over at APK Mirror. 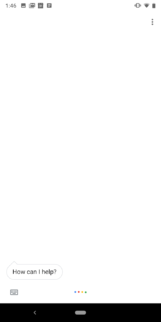 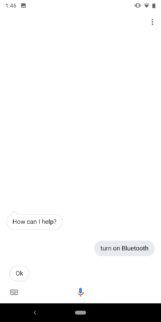 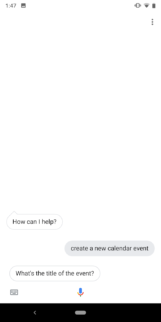 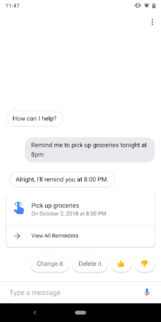 Screenshots provided by the app listing indicate an Assistant connection.

Since I can't actually install Voice Action Services, I'm not precisely sure what the app does. The description states that it " provides core functionality to support voice based actions," and that "these components allow you to more quickly perform actions to interact with your device or currently installed applications," but that isn't actually a lot of information to go on.

The listing notes that it doesn't require either Chrome or the Google Search app, so it could be an indication of Google breaking more Assistant functionality out from the monolithic Google app, or Voice Action Services could be a vehicle for future functionality to be delivered to Pixel devices. Since it isn't compatible with any of my own hardware just yet, we'll have to wait and see.

Voice Action Services is currently at version 1.9.216859149.armeabi-v7a.release, with an October 15th release to the Play Store. Interested parties can also check it out over on APK Mirror.

This one sure had us scratching our head when we first unearthed it, but only now is the picture properly coming in to focus. Google has confirmed that the creation of Voice Action Services is part of an effort to comply with regulatory efforts in the European Union for OEMs who don't want their phones to bundle a broader collection of Google services.

Compared to the traditional Assistant, VAS is designed to focus on actions performed on-device — things like changing system settings. It explicitly will not help you with any queries that require searching the web. 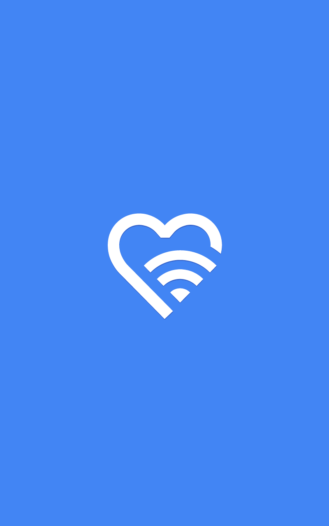 The app listing's screenshots are just this image four times. No joke.

Connectivity Health Services seems to come preinstalled on Pixel 3s. While I'm sure it does something, this app probably takes the cake as the most obfuscated and nondescript first-party Google app listing of all time. The sum total of description, outside the image above, is a single line which states that the app "improves battery health with connectivity optimizations." That's it.

The app is currently sitting at version chs_release_20180911_RC07 (arm64), with its initial release to the Play Store dated October 16th. You can also pull down Connectivity Health Services on APK Mirror.

Interestingly, none of these apps seem to have succumbed to the flood of humorous reviews that Google's system and background-type app listings are prone to, probably because there are so few Pixel 3s out there right now. Given a bit more time, I'm sure we'll all hear about the life-changing benefits of Connectivity Health Services.

Samsung fined in Italy for forcing phone-slowing updates on users