Xiaomi announced the Black Shark gaming phone just a few months ago, and it's already time for a sequel. The Black Shary Helo makes a few minor changes to the hardware, but it still has that distinctly "gamer" aesthetic. By which I mean it glows.

Like the previous Black Shark, this phone has a Snapdragon 845 with vapor chamber cooling and a big 4,000mAh battery. There's a customizable glowing logo on the back of the phone along with a fingerprint sensor and two cameras (12+20MP). The shape of the back is simpler this time, too. The Black Shark Helo gets bumped up to 10GB of RAM (in the highest configuration) from the 6-8GB offered last time. Around front is probably the biggest upgrade. The Helo ditches the LCD for a 6-inch 1080p OLED. 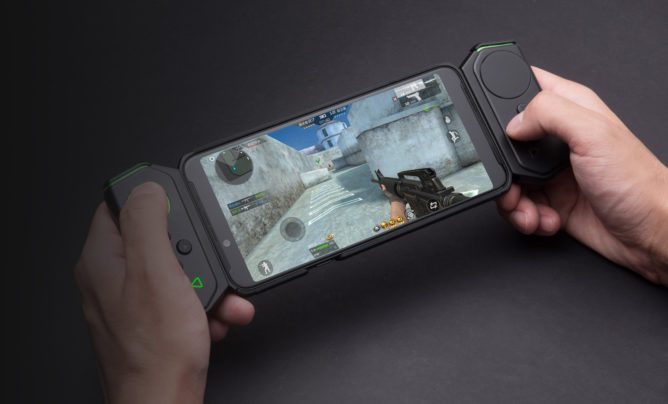 The Black Shark Helo also comes bundled with game controllers that clip onto a custom phone case. It looks a bit like a Nintendo Switch. The base model Helo will retail for 3,199 RMB, which is around $460. That version only has 6GB of RAM, though. You need to spend 4,199 RMB ($600) for the 10GB version. And of course, you can only buy it in China.

Report: Apps can track when you uninstall them via push notifications

MediaTek reveals the Helio P70, a minor upgrade over the P60