Google has just announced a "major" OTA update for all smart displays. Coming at the end of the month, the update will introduce some much-requested changes, such as multi-room audio grouping, as well as features shown off at the recent Made By Google event. That includes the Home View smart home device management; some trickle-over functionality from Digital Wellbeing; tighter Next Hello Doorbell integration; and new/improved control for devices including TVs, set-top boxes, speakers, and smart remotes — including the Logitech Harmony. 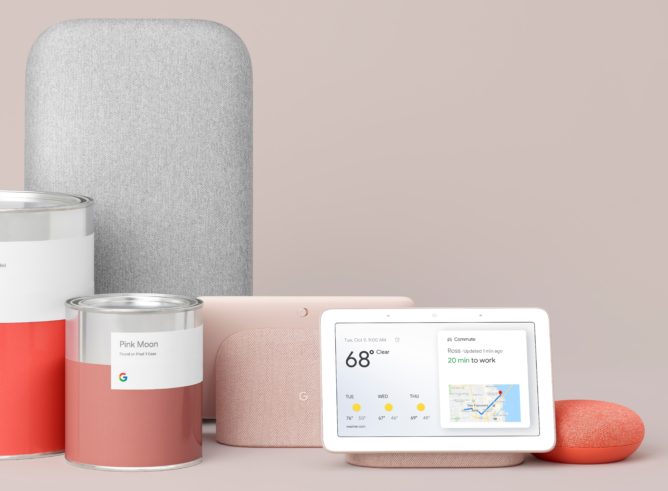 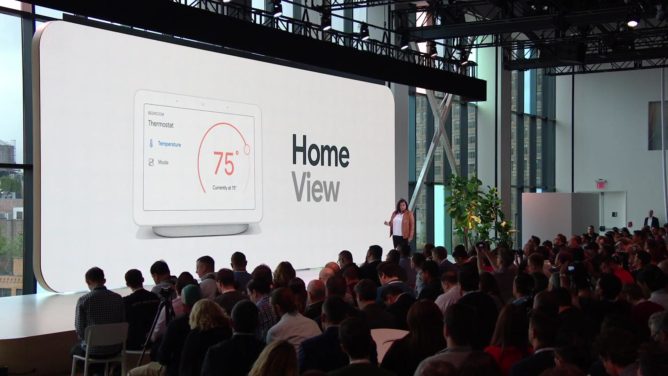 Other features like tighter smart home device integration via the Nest Hello Doorbell and Home View fit with what we were shown at Google's event. (We entered a series of "vignettes" of an apartment which demonstrated the different ways to use these upcoming features, including Home View.)

The Nest Hello Doorbell integration will let your smart display show a feed from the camera when someone is at your door, with options to send quick responses back. Home View adds a slide-down dashboard for controlling all your smart home gadgets.

A new feature called Live Albums from Google Photos will help ensure that Ambient Mode — a configurable setting for when the Smart Display isn't in use — shows better photos without curation. So things like receipts or screenshots that were uploaded to your Google Photos won't be mixed in with portraits or landscapes, and blurry or duplicate photos won't make the cut. We saw a feature at the event which showed off pairing "related" portraits together, and we aren't sure if that's included with this, but it may be.

New Filters and Downtime settings are also coming for better scheduled management of your smart displays and other Google Home devices. Like in Digital Wellbeing, there's also a Wind Down setting coming that transitions the screen into a dimmed grayscale mode based on a schedule you set. You can even ask your Smart Display how much time you've spent on your phone.

Paired with Downtime, which blocks use entirely between set hours, you can better control when and how your smart displays are used. The new Filters feature, which will appear in the Google Home app, seems to be a trickle over from Family Link for managing how kids can use smart displays, though it's a bit short on detail.

All of the additions should have "universal controls" which include power on/off, volume adjustment, playback controls, and a visual channel guide — compatible with both Assistant-powered speakers and smart displays.

Google's recently announced/upcoming Home Hub should have all these features at launch while existing smart displays will see an OTA land "over the next few weeks." When it lands for the JBL Link View or Lenovo Smart Display, we'll be sure to let you all know.

Lenovo began rolling out this update to its Smart Displays yesterday, but it says it should take a few weeks to reach every unit. Thanks, Andrew Gobel!

[Update: Rolling out to all Pixels] Google promises to fix camera bug resulting in unsaved photos