A Google News bug has been making the rounds since early September, but has recently picked up steam and claimed many victims: the app is downloading tons of data in the background and causing overages for many users.

Although the first person to complain about the issue did so on September 1, it isn't until the 19th that the reports started multiplying. Some users are fortunate enough to have noticed it when it had only used 1.3GB of their data, others weren't just as lucky. Their are reports of the app gobbling up 18GB, 20GB, 23GB, 24GB on two devices, and even 28GB in a single night. This is causing overage charges upward of $96 and, for one unlucky traveler, it happened while roaming. 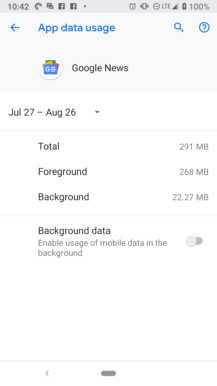 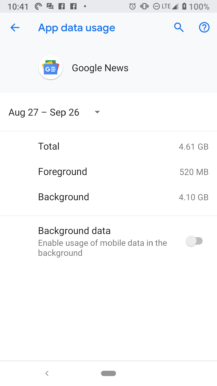 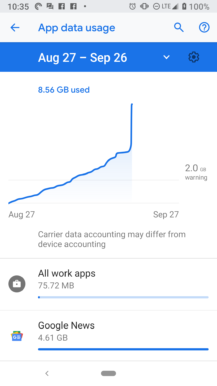 Google has been made aware of the issue since September 19, and aside from asking a few questions to try to narrow down the issue, nothing else has been done about it. The reports are coming in still.

If you have Google News installed on any of your devices, I suggest you open the app's info page in settings, go to the Data usage section, and disable Background data. Even if you haven't been affected by the bug, it's better to be safe than sorry. The app will refresh the next time you launch it, it won't do anything crazy in the background.

OnePlus 6T to go on sale early at pop-ups in New York, London, Paris, and more