In many cases, using a VPN is actually worse for your security than connecting to a public Wi-Fi network. Many services have been found logging user data, and it's hard to know which ones actually care about your privacy. To help solve this, Mozilla has conducted an extensive review of many VPN services, and will offer ProtonVPN subscriptions to a limited set of Firefox users.

"Across numerous studies we’ve consistently heard from our users that they want Firefox to protect their privacy on public networks like cafes and airports," Mozilla said in a blog post. "With that in mind, over the next few months we will be running an experiment in which we’ll offer a virtual private network (VPN) service to a small group of Firefox users."

The organization also went into detail about how it chose its VPN partner. "We examined each vendors’ privacy and data retention policies to ensure they logged as little user data as possible. And we considered numerous other factors, including local privacy laws, company track record, transparency, and quality of support. As a result of this evaluation we’ve selected ProtonVPN for this experiment." 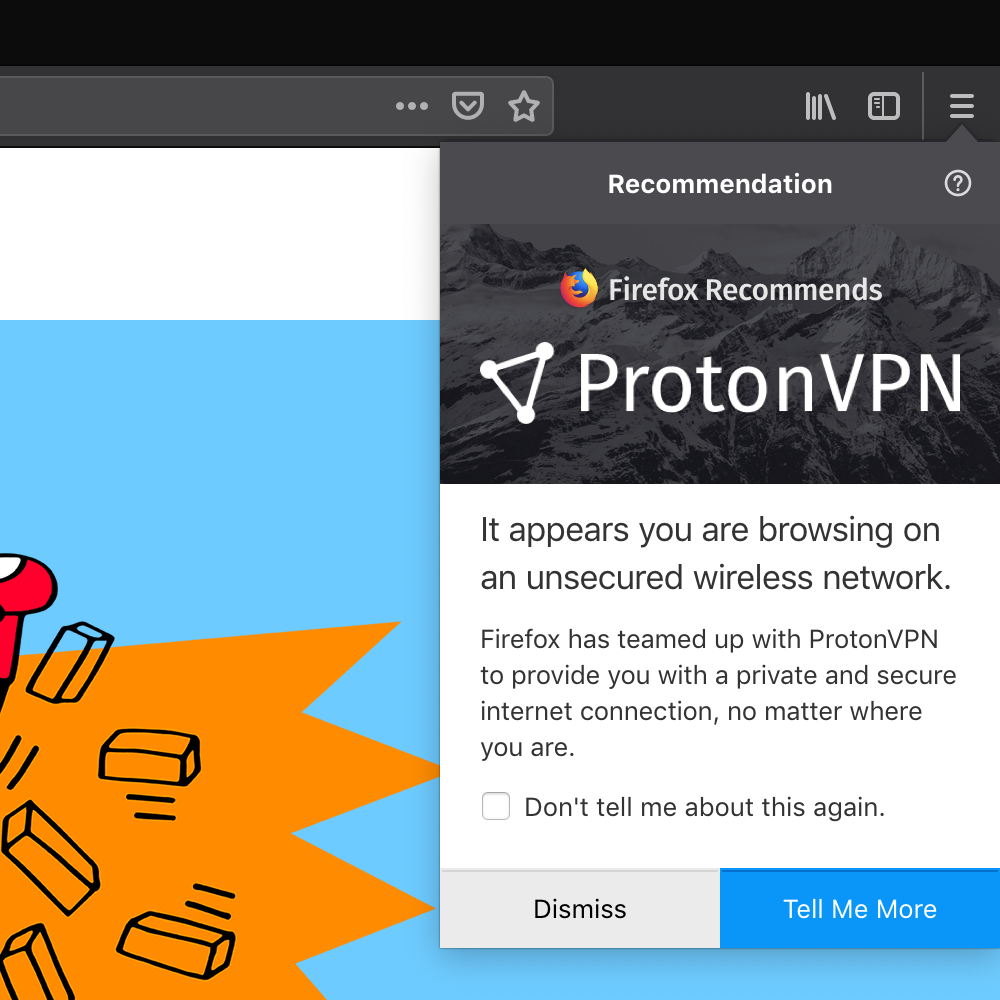 A random group of Firefox users in the United States will receive the above popup, with an offer for a monthly subscription to ProtonVPN. Payment processing is handled by Mozilla (through Stripe or Recurly), and Mozilla will receive a small cut from each sale. It's not clear if Firefox for Android will also receive the message.

It's great that Mozilla has performed an extensive vetting process of VPNs, but I'm not sure if a popup is the best way to let users know about the optional subscription. This is only a limited experiment for the time being, so it's possible Mozilla will tweak the prompt (or remove it entirely) in the near future.