Google started talking about Assistant-powered smart displays earlier this year, but it let Lenovo and JBL roll out the first products. Google unveiled its Assistant display alongside the new Pixel phones, and it's not just the same guts in a new shell. Google has added some unique features and also omitted one that all other devices have.

The Nest Hub is not stylish, but the understated design should blend in with your home quite well. The speaker quality is a step down from the standard Google Home, but that might be worth the tradeoff if you've got a lot of smart home devices, which are much easier to control on the Nest Hub. That's doubly true for the Nest ecosystem. However, you don't be beaming any video out from your Home as there's no camera. Some people might consider that an advantage, though.

When this review was originally published, this device was called the Google Home Hub, but it has since been renamed to the Google Nest Hub.

The Nest Hub looks like a small tablet sitting on a stand. In fact, I would not be surprised if a guest tries to pick the "tablet" portion up at some point. The bezel around the display is around half an inch, which seems unnecessary. You're not going to actually pick up and hold the Hub, so there's no need for all that empty space. 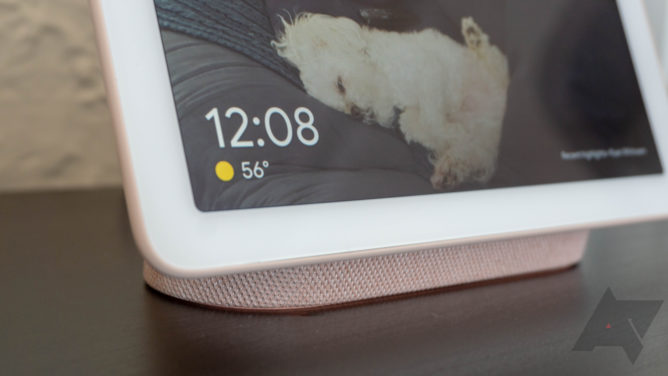 The display itself is 7-inches, but Google did not go all out with the resolution. It's just 1024x600 for a pixel density of about 170 PPI. If you get close, there's noticeable pixelation, but you're not supposed to have your face right up in front of the Hub. Under normal circumstances, you'll be an arm's length away from the Nest Hub or more. I think it looks fine, though. The viewing angles are good, and the brightness range is excellent. There's no camera on the Nest Hub, but you do get a light color sensor that can adjust the display temperature to match your room (Google calls this Ambient EQ). Thus, you won't have a blazing bright screen in the corner all evening.

The "stand" portion holding the pseudo-tablet upright is the speaker. Unlike other Google Home devices, this speaker doesn't face you. It fires backward, and it doesn't seem as capable in general as the standard Google Home. It's fine for voice and the occasional YouTube video, but it's not something I'd want to use for playing music. It sounds like a louder Home Mini. 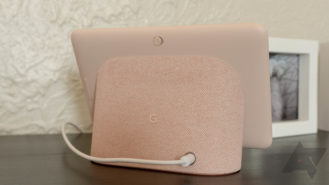 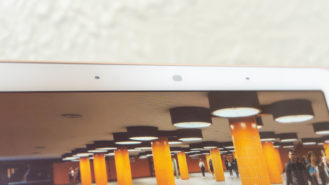 On the back, Nest Hub has a physical volume toggle and a mute switch like all the other Home devices. Down at the bottom you have a single DC port for power. The Nest Hub box is sparse as well. You just have the Hub and the power cable.

Whenever you're not using the Nest Hub, it acts like a Chromecast with a few extra options. During setup, you can choose if you want a clock, curated photos, or a slideshow of your own images from Google Photos. You can choose between recent highlights in your photos or specific folders. Ignoring all the smart stuff for a moment, the Nest Hub is probably the best digital photo frame money can buy. 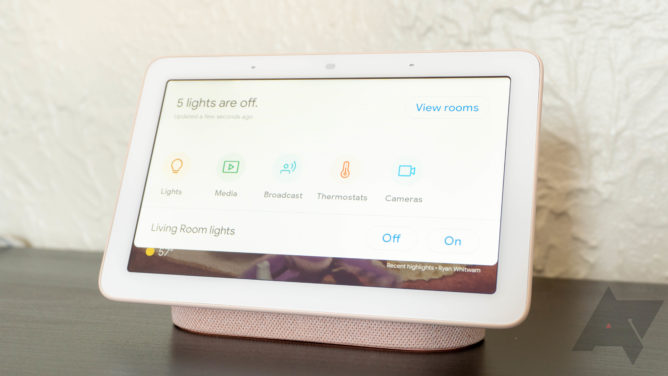 At any time, you can swipe down from the top of the display to open Home View. This is the heart of the Hub's smart home integrations. It includes quick shortcuts for lights, multi-room media, thermostats, cameras, and more. Of course, you need to actually have that sort of hardware connected to Assistant first. There's also a toggle for turning the lights in Hub's room on and off right at the bottom—a very thoughtful feature. You can also view all the rooms in your house to access each smart device.

If you have security cameras, Nest Hub is a great way to see what's going on. Just use the OK Google command and tell it to show one. If you've got a Nest Hello doorbell, the video feed automatically appears when someone rings the bell. My Nest Hub lives by the front door for this reason. 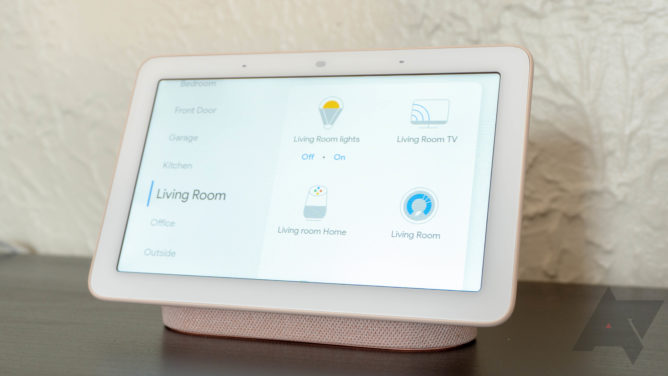 The Nest Hub's "home screen" is basically an abbreviated Google Explore (previously Feed) interface. You have the weather, upcoming reminders, and recommended news. The display also makes certain Assistant interactions easier. For example, I feel more confident adding calendar appointments. You can also set multiple timers and see them on the display at the same time. However, there are a few weird gaps (or bugs) in Assistant functionality; I can't get the "where's my phone?" command to work. 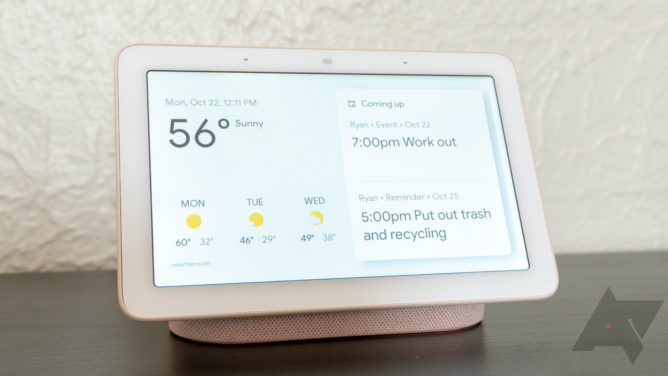 The Nest Hub works with Duo, but only for audio on your end. A caller can transmit video, which appears on the Nest Hub screen. You just can't send any back because the Hub lacks a camera.

Yes. Google has figured out what people need from a smart display. The Nest Hub launch price is lower than the competition because it doesn't go crazy with specs and features that you don't need. The display isn't the largest or sharpest, but it's perfectly adequate for the intended usage. The compact footprint makes the hardware easy to integrate into your space, and the light sensor ensures the display isn't an eyesore in the evening.

The smart home integrations are very slick—much of that will come to other Assistant displays, but it's currently exclusive. If you have a Nest Hello, you need the Nest Hub. 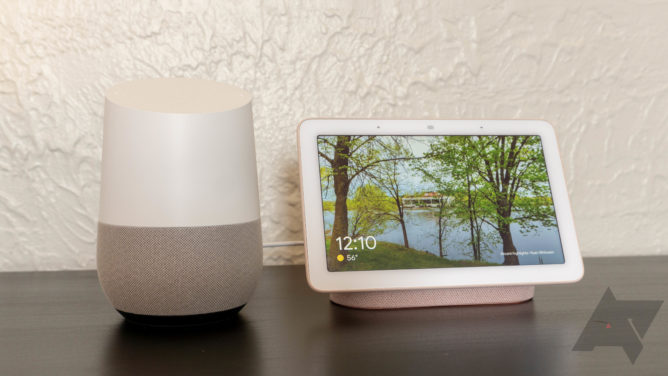 You also can't underestimate the value of having an unobtrusive internet-connected photo frame. The Nest Hub takes up so little space that it almost looks like a frame sitting on a table, and it can pull down images from your Google Photos account automatically. That part is not unique to the Nest Hub, though.

There's no camera for Duo video calls, but I don't know that I consider that a drawback. I don't want to make calls with a smart display in my living room, but if you're going to do that, there are other options. The only major drawback with the Nest Hub is the speaker—it's just not very good. If you want to play music from your smart display, this is not the one to get. 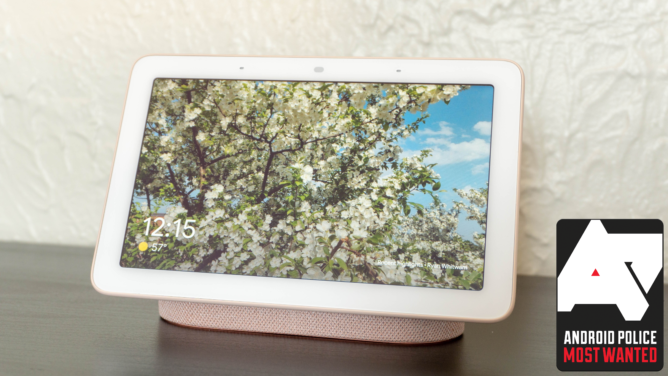 You want a smart display that's good for music.

Buy it at the Google Store, Walmart, Target, B&H, or Best Buy.