Google's Assistant underwent a slight redesign earlier this year, and since then it's seen some subsequent tweaks and icon shuffling — the typical incremental tweaks that seem to be a defining part of Google's design process. It could be the herald of a future change, or something as innocuous as a bug, but the keyboard icon for text input on the Assistant seems to be disappearing for some of us, though it still brings up the text entry field if you tap where it used to be.

We were first tipped off about the issue late last night, and an informal poll was conducted between the various writers and editors on our site to determine who was affected. So far, it doesn't seem there's any pattern, with a smattering of us having both missing and present keyboard input icons. 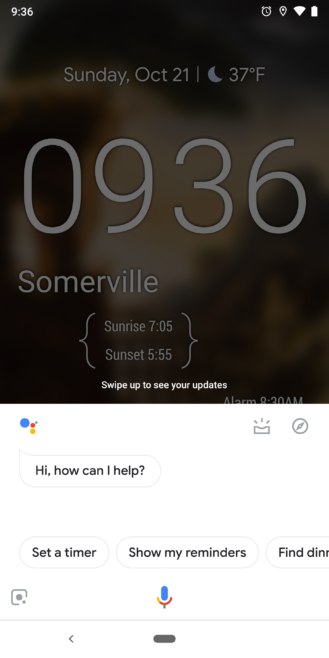 Now you see it, now you don't. Note the keyboard icon for text-based input in the left screenshot (bottom right corner) and its absence on the right.

We can't tell if it has reappeared yet for anyone that has lost it. It could be account related since it's missing across all of my devices, and it's possible this is a result of some intentional change Google is in the process of rolling out. I'm inclined to think this might be a bug, given tapping the icon's former location still pulls up the text input method.

Whatever the cause, if you notice the icon missing in the Assistant on your phone, you aren't alone.

Pixel 3 camera rolling out to Pixel 1 and 2, adds viewfinder to Wear OS watches

Mozilla teams up with ProtonVPN, will offer subscriptions to small set of Firefox users