We knew Ghostbusters World would be releasing soon thanks to its recent pre-registration listing, and as of this morning, the location-based augmented reality ghost collection game is available for download from the Google Play Store. So put on your proton pack and grab your Tobin's Spirit Guide because this time you’re the one who’s gonna be called.

Augmented reality collection games are nothing new at this point. Ever since Niantic released Pokémon GO in the Summer of 2016, developers have been chasing its success with similar titles. Jurassic World and The Walking Dead received the AR collection-based treatment, and now Ghostbusters is joining the fray. I'm still not sure if slapping a nostalgic property on top of the tried and true gameplay of Pokémon GO is a great business strategy, but hey, at least our childhood dreams of growing up to be a Ghostbuster can now be realized.

The gameplay isn't all that hard to grasp. Point your phone's camera at the ground to get the AR mode working (this can be tricky in poor lighting), and then once you happen across a ghost on the world map, you can dive in with your proton pack and ghost traps to try and snag that pesky apparition. Every ghost you capture will be entered into the Tobin's Spirit Guide, and of course, you'll want to fill out the book as much as possible by busting every single ghost you can find.

Now, this is a free-to-play release, which means you'll find in-app purchases that range up to $99.99 per item. There are also two types of in-game currency, and of course one of them is difficult to earn, which is why there are packs available in the cash shop. There is also a wait timer system tied to crafting your ghost traps, which are very necessary for capturing ghosts. So yeah, the monetization used isn't all that great, and there are disadvantages for those that choose to play for free. 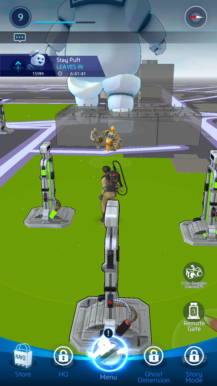 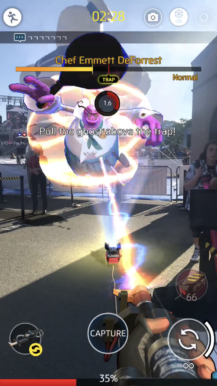 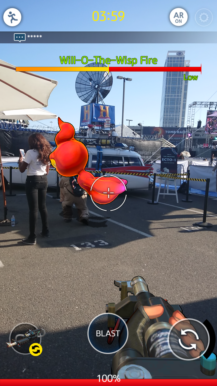 Honestly, I feel like these Pokémon GO clones are really starting to lose their luster. I suppose it's nice to have a few options available if you are looking for something a little more grown-up, and I have to say the attention to detail in Ghostbuster World invokes a strong sense of nostalgia, but is that really enough to carry the game? Probably, but imagine how much more fun a release like this would be if it weren't filled with IAPs and wait timers.

SEOUL, October 22, 2018 – Sony Pictures Consumer Products, Ghost Corps, publisher FourThirtyThree Inc. (4:33), and developer Next Age have today announced the global launch of Ghostbusters World for iOS and Android. Now available as a free download from the Apple App Store and Google Play, Ghostbusters World offers a fun, fresh take on location-based mobile AR games with iconic characters from across the Ghostbusters universe and adding a variety of gameplay modes with an RPG twist.

Check out the launch trailer here (https://youtu.be/quRF-gecY2U) and download the game today for free:

iOS: https://itunes.apple.com/us/app/id1346472900?mt=8
Android: https://play.google.com/store/apps/details?id=com.ftt.gbworld.aos
Ghostbusters World allows players to fulfill their childhood dreams of following in the footsteps of ghost-busting greats like Peter Venkman, Raymond Stantz, Egon Spengler, and Winston Zeddmore, by strapping on their own proton pack and going out on ghost patrol. Neighborhoods around the world are more haunted than ever, and this time, you’re the one that’s gonna be called. There are hundreds of ghosts—including favorites from the films, TV shows, comic books, theme parks, and video games—that you can capture in the real world and then utilize in teams to battle in the ghost dimension.

Whatever your playstyle might be, Ghostbusters World has something to offer for all types of gamers and Ghostheads:

Bust Ghosts in Your Neighborhood: Go out and capture ghosts appearing all over the real world with stunningly realistic ghostbusting action made possible through Google’s ARCore and Apple’s ARKit technology.
Don’t Cross the Streams: Take on massive bosses like the Stay-Puft Marshmallow Man with up to four other players in co-op raid action!
Go Solo: Enjoy a single player story campaign written and illustrated by the minds behind the beloved IDW comic book series.
Get Your Ghosts Going: Assemble and upgrade your very own ghost squad and face off in asynchronous PVP team battles against other Ghostbusters.
Gear Up: Upgrade your equipment, get perks, and purchase new gear to take down bigger and better ghosts—fast.
For news and updates, follow us on Twitter (LINK), Facebook (LINK), and YouTube (LINK).

More information and assets can be found at: www.ghostbustersworld.com.