The latest Gboard update is rolling out to the beta channel, and this one comes with the promise of a very heavily requested feature: Clipboard integration. Soon we'll be able to copy stacks of things between applications without hopping back and forth for each and every line. There are also interesting strings suggesting we might get improved voice typing.

We previously came across the first hints of a clipboard manager a couple months ago with the v7.5 teardown, but quite a bit more has been added and it looks like this thing might be ready to launch.

The original hints didn't really detail much, but it was a safe bet that this would be a fairly traditional clipboard manager with a history of copied text that could be pasted in from a list. With the text in this update, that can now be confirmed. Additionally, there are lines showing that it will also be possible to pin items so they'll remain permanently available. This is particularly useful for things like mailing addresses, email, prepared text messages, etc.

The clipboard integration hasn't gone live for me yet, but it looks like all of the necessary text, icons, and layouts are here. There's even text for a feature card. I wouldn't be surprised to see this going live before the next version. I've only tried tinkering with it for a moment, but I'll see about enabling this shortly.

The clipboard manager is now being enabled server-side in this same version.

Speaking of feature cards, text for another feature card was added that promotes 53 new color themes. I don't see anything remotely like that from looking through the APK, but the name for one new theme was added: Sand.

Sand doesn't appear in the list for me after updating, and that's not the only one. At least a few of the others listed in the APK seem to be missing, so perhaps there's a big reveal coming soon.

Voice typing has been a feature of Gboard since before it was even called Gboard. While it hasn't really changed much over the years, there's a lot of new text that might indicate something is about to happen. These additions seem to describe something that is almost exactly like the current offline speech recognition, but with possible performance and privacy improvements.

Specifically, one line explains that you can make voice typing faster by enabling on-device voice typing. Another line is a description of a preference that allows your voice and surrounding audio to improve speech recognition, but this one reads a bit like an opt-in that sends the audio back to Google. 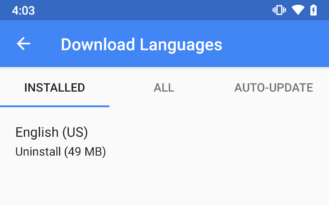 While all of this sounds fairly normal, there was one anomaly that stood out. In one line of text, the English speech recognition pack was described as 85 MB, which is significantly larger than the 49 MB for the current speech pack. This alone has me pretty suspicious about the possible implications of an enhanced speech interpreter. 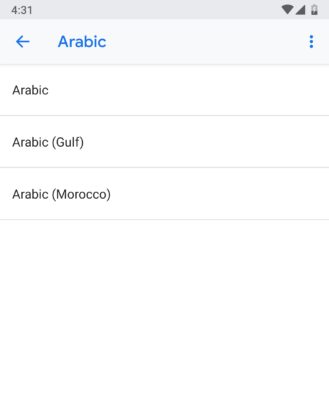 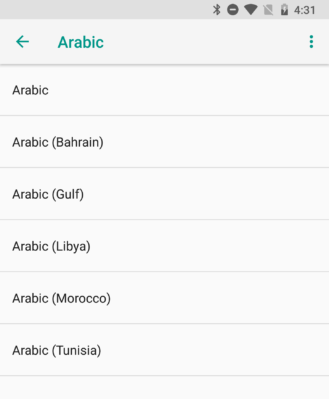 Qualcomm shrinks mmWave antenna ahead of 5G handset reveals in 2019