How did this oddball phone come to be? Blessed with the success of his Oakley sunglasses fortune, Jannard first redirected his passions toward photography. Having experimented with hundreds of cameras personally, he felt an itch to make hardware that was unlike that being produced by current manufacturers. And though that meant being an untested name going up against some heavy hitters, his Red cameras proved to really resonate with the burgeoning digital cinematography movement.

Now with the Hydrogen One, Jannard intends to similarly upset the smartphone market. He feels strongly that many phones don't address users' actual needs; take cases, for example. Instead of selling people a super-thin phone and seeing them ultimately wrap it in a bulky shell, he'd rather just give the Hydrogen One a robust, grippy exterior in the first place.

That's the sort of idea that would probably get shot down in committee with a lot of smartphone companies, but the Red phone is special in just how much of it is dictated by Jannard's own vision. 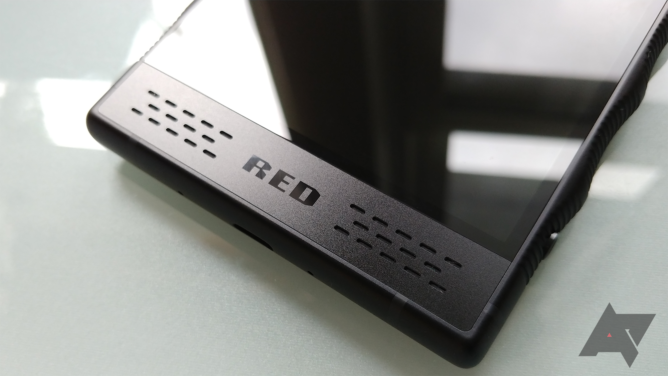 This "the buck stops with me" mentality may be both the phone's greatest blessing and its biggest liability. It's impossible to see the Hydrogen One as anything but a passion project — so many of us muse about all the weird stuff we'd do if we were ever able to design our own "dream phones," but Jannard has the resources behind him to actually make that happen.

Is that a good thing, though? Even the founder seems well aware of the risk he's taking, as he jokes about one of his biggest resources being a certain cluelessness (or perhaps stubbornness) as to when his grand ideas are going a bit off the rails.

It feels almost like Red is throwing those ideas at a dartboard and seeing what sticks. Indeed, Jannard doesn't claim to be making a phone where everyone's going to like everything about it; instead, he says he'll be happy if users find just one feature that really speaks to them.

That presents some tricky marketing realities, though, as shoppers are still paying for all those bells and whistles, whether or not they love them all — and with a sticker price coming in well over $1,000, that's a lot to ask people to pay for a phone if they're not on board with all its features. 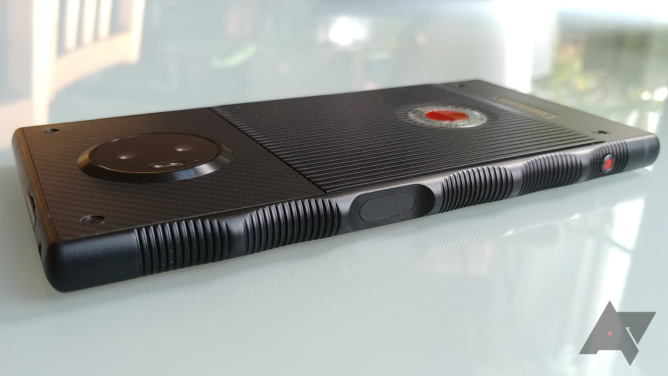 In all fairness, some of those features do sound pretty compelling. When the phone's modular camera add-on arrives it promises to offer a real Red-quality cinematography experience, complete with support for professional lenses. And while I'm going to have to hold back on my qualitative assessment of the 3D screen for my full Hydrogen One review, I will admit that Red seems to be taking steps to ensure that AT&T users have a good amount of content to consume on it, including free Fantastic Beasts and Ready Player One downloads courtesy of a partnership with Warner Bros.

Jannard says he'd consider the Hydrogen One a success if it can sell one-half of one percent of the volume Samsung sees — and while that sounds like it might be a pretty low bar, we're still talking a good 1.5 million handsets.

Honestly, that's probably a tough target to hit. Though Red certainly has great brand recognition in cinema circles, it's not a name anyone's (yet) going to associate with desirable phones. Factor in the steep price, highly unusual design, and unorthodox feature set, and it just seems more and more difficult to convince shoppers to take a chance with the Hydrogen One, rather than pick up the latest Galaxy or Pixel where they know pretty well what to expect.

It feels like Jannard and Red know this, but just have to take a shot and see if this wild scheme can work. Will they succeed where companies like Essential struggled? I'll have a better guess after spending a few more days using the Hydrogen One for myself.

Stay tuned for our full coverage of the Red Hydrogen One's release. In the meantime, whet your whistle a little with this leaked hardware overview, posted a few days back by director/cinematographer Phil Holland: 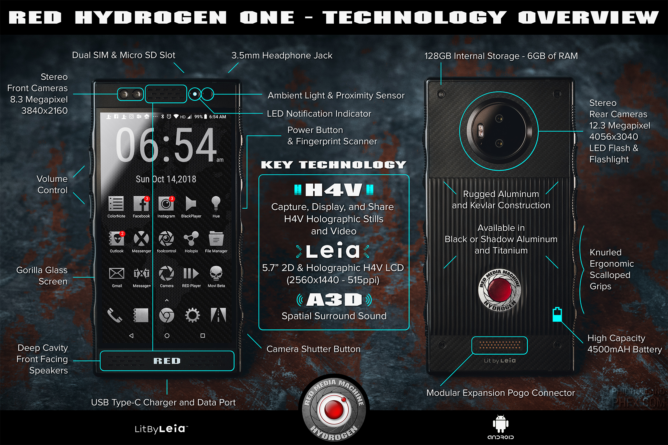 Alexa's Whisper Mode is now available, but you have to turn it on

Pixel 3 has already been rooted via Magisk