The latest Google app update is rolling out to the beta channel, but as usual, you're probably not going to see much in the way of changes after installing it. The version number lept from 8.27 to 8.33, which looks odd, but I assure you, it makes total sense if you think about it. Today we'll be talking about a new page for home screen settings, more about linking services to notes and lists, personalized news settings, and more.

Note: Don't actually spend time thinking about version numbers, they're just for show. This jump doesn't have any significance whatsoever.

Google's support for configuring the home screen on its own launchers has never been particularly flexible. In fact, even the older Google Now Launcher only ever really offered a handful of settings, and the Pixel Launcher has only a couple more than that. 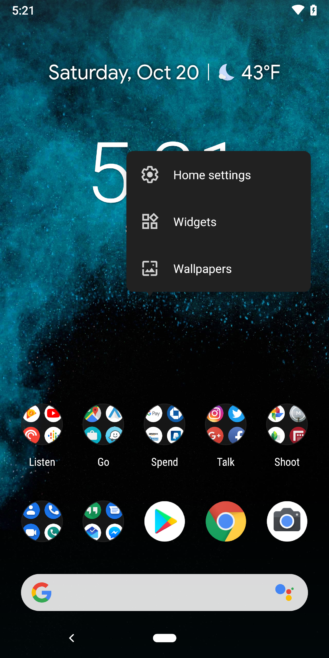 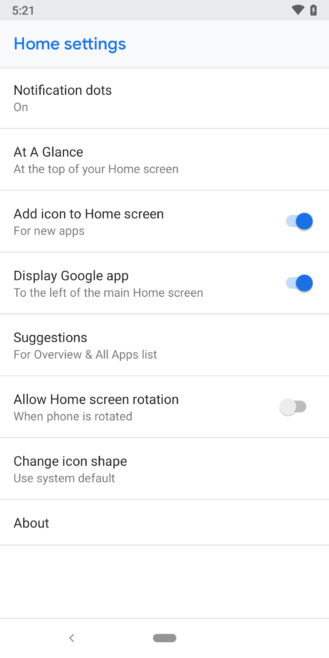 While there is already a "home settings" screen that allows for adjusting a few things (pictured above), there appears to be a new settings screen in the works that may add yet more options. At present, there are only two settings listed: Personalized updates and suggested apps.

Personalized updates is described as showing weather, traffic, and calendar updates, which sounds a lot like the At A Glance widget, but the name of the setting makes it clear that this is for the Google Feed (which was just renamed to Discover). So I take it that this option will be used for turning the Discover page on or off. Then there is the suggested apps setting, which just determines if any space in the app list is dedicated to showing recommendations based on some pattern of usage.

We've seen evidence that users would be able to choose a service to sync their notes and lists for some time, and it was even recently confirmed by a Googler that Notes Keep would be coming back as an option. The latest update brings a link to an already active service, plus a little more insight into how notes and lists may be working.

To begin with, some old lines were updated in a crucial way. The original versions used some odd phrasing about linked services would have "access your lists and notes." The new version is a little more leading in that it explains the changes you make to notes and lists will be visible to that service. The takeaway here seems to be that notes and lists created with Assistant are still intended to live within Assistant, but a service chosen to sync with Assistant will be allowed to effectively copy that data and show it to users, and likely also make changes.

That might sound like an unnecessarily complicated explanation, but it's an important detail because it basically confirms that a linked service is not the owner of your data. If you switch away from one service, you won't be leaving behind notes and lists that were created while you were using that service, they will follow you to the next service you choose.

Shopping lists are also being given a bit of specific attention. This is surely related to the treatment shopping lists were given when Assistant was switched to Google Express as the syncing service, which wasn't even available to many people outside of the US. In the new lines, it's explained that shopping lists can also have a linked provider, but they will be maintained by Google Shopping.

The great thing about this new implementation is that there appears to also be a front end for working with lists, and it is already operational and available to everybody. Just visit assistant.google.com/lists/mainview and you'll see a new interface with a FAB at the bottom where notes and lists are synced. It does work across any browser signed into your Google account, so this seems to be the destination for all of your saved data. 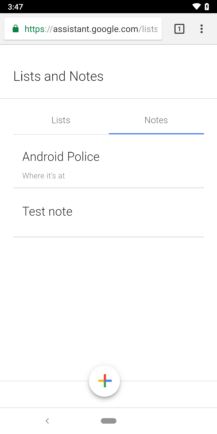 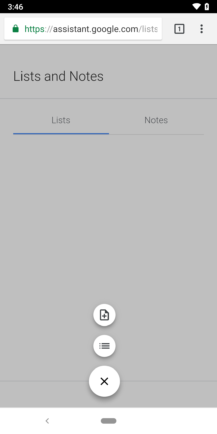 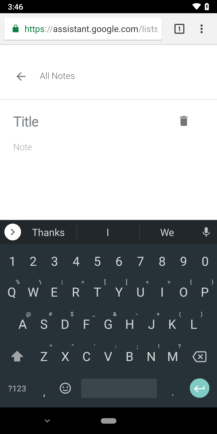 I have a feeling this may be the final step before everything goes live, so we probably don't have too long to wait. Although, testing and implementation with Keep Notes may not be finished yet, so it's hard to make any more than a guess at this point.

The Google Assistant has been able to read news to us since it was first launched, but the basic functionality has always been built around an audio experience. Now that smart displays are on the market, it only makes sense to take advantage of those screens. 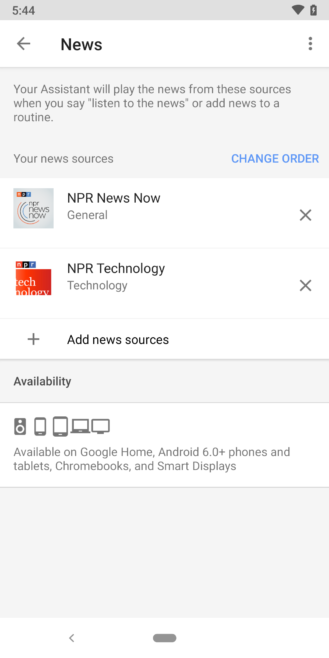 New text outlines a split of sections for the news sources, which should be going into tabs for Audio and Video. The text for the audio section matches that which you can already see in the news sources page, and the video tab will naturally focus on sources that are to be shown or heard when your Smart Display is asked for the news.

We've known that automatic downloading of podcast episodes will be coming, but in addition to per-show settings, there will also be a global setting for turning on or off auto-download across all shows.

The final topic for the teardown is really not of much importance, but it can be mentioned simply because it's a random sighting. We've seen the KITT codename come up a few times in the past, which is obviously related to voice commands with cars. The latest appearance doesn't really give any new information other than the fact that it's naming a field for storing a device name. Nevertheless, there is still activity on this codename, which is really all we would be expecting right now.