Back in July, a teardown of Gboard v7.4 revealed Google's intent to add a floating keyboard to the experience. With v7.6, it looks like that keyboard is ready for prime time. There are also signs of upcoming Halloween GIFs, plus quite a few new languages. 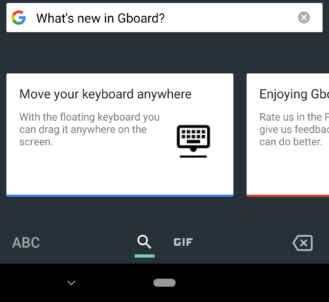 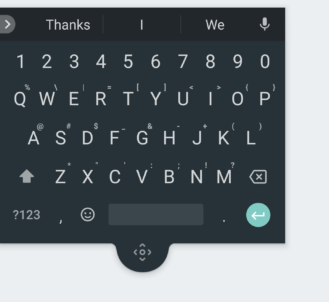 The floating keyboard works like similar floating keyboards we've seen in the past. Using a handle located at the bottom, it can be positioned anywhere on the screen; and after moving, there are handles at the corners for resizing it to fill as much or little space as you like. If the keyboard idles in the same place without being touched for long enough, it will fade to about 50% opacity to allow some of the screen space behind it to show through. 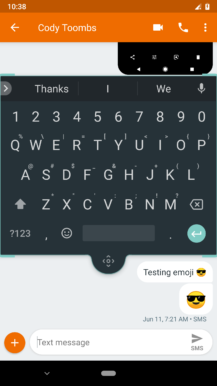 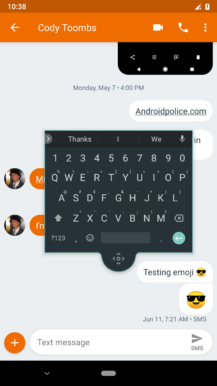 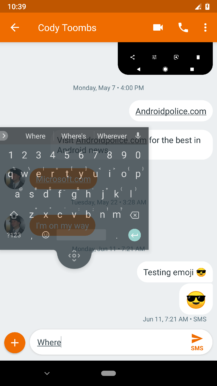 The keyboard is fully functional in floating mode and all of the operations appear to work normally, including glide typing, suggestions, different keyboards, etc. 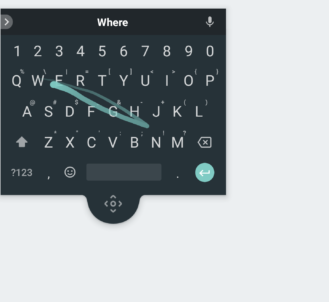 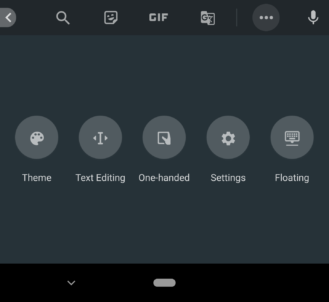 To enable the floating keyboard, open an app that will allow the keyboard to show suggestions and use the little arrow on the left side to open special features, then hit the 3-dot overflow menu to see all of them. The last item in the list should be called Floating. Tap on that and you're ready to go. Keep in mind that items in this list can be long-pressed and positioned in the menu above (so you don't have to hit the 3-dot menu). Strangely, the toggle isn't located in the one-handed operation screen, which seems like an equally good place to have it.

Be aware, a couple of people have reported that the floating keyboard was only briefly available to them in the app before it disappeared several minutes later. Google is probably keeping it under wraps while testing is completed, then it will be enabled for everybody. If you'd like to try the floating keyboard without fear of it vanishing right away, install this update while your Wi-Fi and cellular data are disabled – or just turn on airplane mode – and don't turn them back on until you're done messing with the keyboard. Even after re-enabling connectivity, it's still operational on my phone after about 15 minutes, so ymmv.

We've received reports over the last couple of days that the floating keyboard seems to be live for most, if not all users. Nothing appears to have changed since the original post.

With Halloween fast approaching, there's no surprise that we'll be firing off plenty of messages with appropriately spooky memes. To fit the theme, Gboard will be adding a category for Halloween GIFs. Need I say more?

As usual, there are also a bunch of new languages, dialects, and variants supported in the new update. While it's hard to identify each and every one, I can at least show the list of the names added and hopefully you'll recognize one that matters to you or those in your life. (Sorry, some names and letters are lost during extraction, which is why they have question marks or boxes in your browser.)

Google has added a bunch of new languages to the list that are officially supported. Unlike the lists above, these have the virtue of being properly spelled out or associated with countries. There are a total of 47 additions to the list, some of which were added in earlier releases. If you read any of these languages, or you're just trying to convince somebody that you do, you can confidently enjoy that they're now supported.

Google app v8.33 beta gets closer to opening up notes and lists, prepares personalized news and ...

[Update: Listing removed] Dead Cells is coming to Android, and you can pre-register right now