Hey, look at this, the Metroidvania indie hit Dead Cells is coming to Android. The listing just popped up on the Play Store a few minutes ago, and it's currently available for pre-registration. I can't promise that the publisher Playdigious didn't jump the gun a little early, so make sure to check this out while you can. 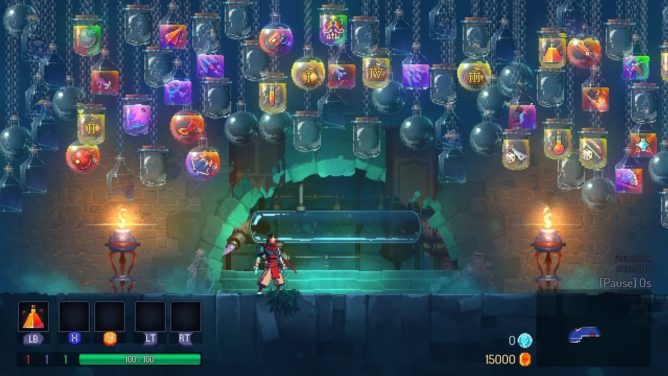 Details are still light. As far as I can tell, no official announcement about this upcoming Android release has been made, and the current Play Store listing provides very little to go on. There's only one screenshot provided (pictured above), and there's no description to be found. Luckily this is a game that's been available on PC and consoles for a few months, so we already know it's a well-reviewed Metroidvania game that utilizes procedural generation for its level design. My only worry is that touchscreen controls are difficult to nail for such a demanding platformer, so I would hope controller support will be included.

So yeah, if you have a hankering to play one of the better Metroidvania titles to release in the last few years on your Android device, then I'd recommend keeping an eye on the upcoming release of Dead Cells. A release date is still unknown, but you can pre-register to receive a notification once it's officially available. Dead Cells listing has been removed from the Play Store

Well, it looks like I called it. The listing apparently went up a little too early and was removed from the Play Store overnight. I would hope this means Dead Cells will still be coming to Android. Obviously the pre-registration page wasn't quite ready for the public just yet, but these things tend to be up in the air until the last moment, so who knows what's actually going on behind the scenes. Oh well, at least we got a little sneak peek at what could be coming.

13 new and notable Android apps from the last week including Three.do, Fog of World, and ...