Twitter's pretty well known for silently testing major and minor tweaks to its app on a small audience, and one of our tipsters spotted such a change. It's small, but Twitter is experimenting with changing the floating window popup for additional actions into a bottom-up "sheet" menu. 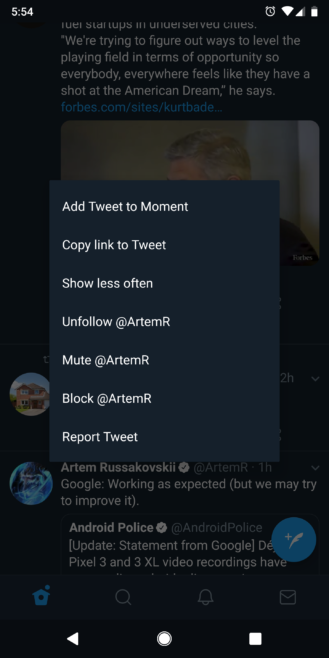 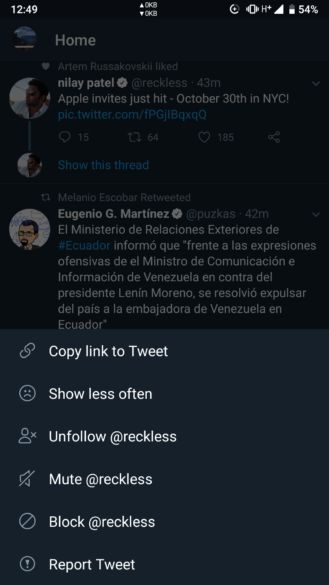 It's not the most drastic change, but it would affect the menu which appears if you tap the little arrow on the corner of tweets, which includes things like copy link to Tweet, mute, block, and report. The change would also affect the retweet menu. (Trivia: This new style of menu is called a "Sheet Menu." Themoreyouknow.gif) 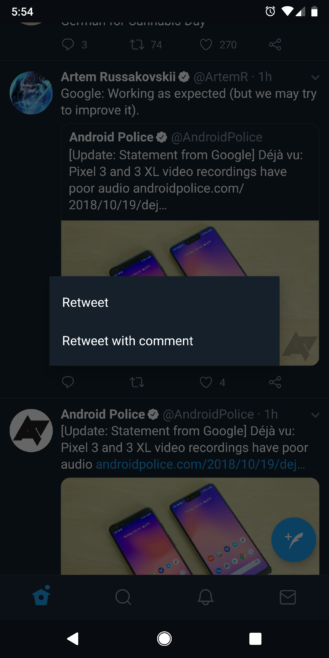 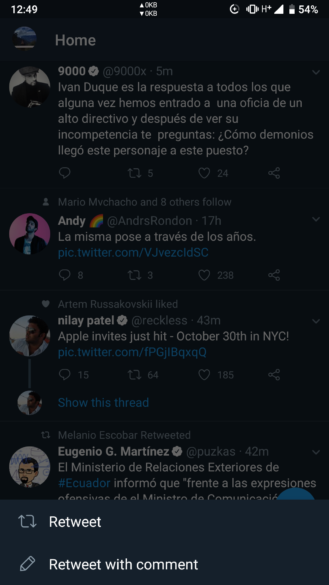 Included with the change of position and style for the overlay is a new set of icons that accompanies each option in the menus.

It's not a monumental change, but now you'll recognize it if you see it. One of us here at Android Police noticed the change earlier today, but it's already gone from our apps, so YMMV.

Chrome may get a new way to share tabs between mobile and desktop, plus incognito media ...