We recently learned that the Pixel 3 is pretty good at shooting video, and it turns out that it's not bad at playing video back either. The Pixel 3 XL supports 1440p60 HDR playback, a step up from the Pixel 2 XL's 1080p60 HDR maximum. 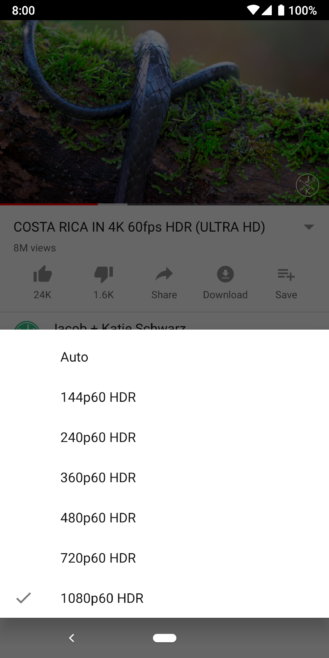 1440p60 HDR is something that high-end Samsung flagships were previously capable of, but Google took away that ability around a year ago due to performance issues. It's since been brought back, with phones like the Galaxy Note9 and Galaxy S9/S9+ able to play 1440p HDR video at 60fps, though the Pixel 2 XL is still limited to 1080p60 HDR in spite of its 1440p display. For reference, the Pixel 3 and Pixel 2 are also limited to 1080p60 HDR, but that's understandable given that they have 1080p screens.