For a while now, you've been able to set up what Google calls Voice Match with the Google Assistant. It recognizes your voice and gives you personalized results, both on smart speakers and smartphones. It would also let you unlock phones to perform actions like making phone calls and sending text messages just by saying "okay, Google" — but that feature isn't available on the Pixel 3.

The option to "Unlock with Voice Match" that was present in the Pixel 2's settings has been replaced with "Lock screen personal results" on the Pixel 3. You're still able to interact with the phone by voice when it's locked, but your actions are more limited. 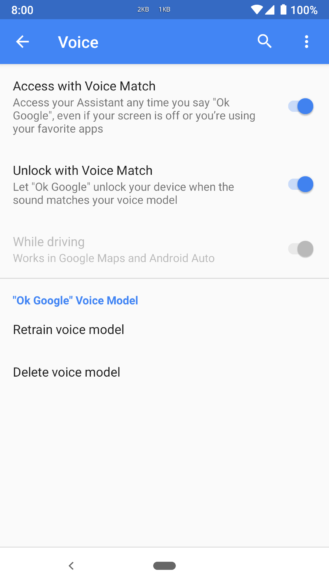 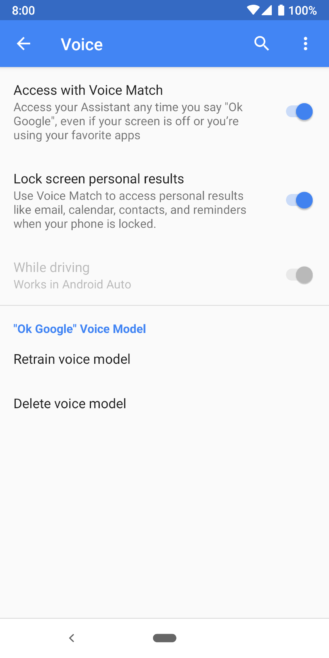 Per Google's help page on the subject, actions you can take from the lock screen of the Pixel 3 that draw from your personal information include requests relating to the following:

So you can ask general questions and get some personalized information, but you aren't able to make calls, send messages, view photos, start navigation, or perform several other actions without first unlocking your device by a non-voice method. The change was likely made for security reasons, as it's possible to fool Voice Match with a recording (or a very similar voice) — although it could also just be a case of Google being Google.