It's a popular feature on Android, especially useful if you want to watch YouTube videos while you do other things, and now Picture-in-picture (PiP) is officially coming to the desktop. As of version 70, when you're watching a video in Chrome, you'll be able to minimize it and carry on pretending to do some work.

PiP came to macOS, Windows, Linux, and Chrome OS in the Chrome 69 beta, but it had to be enabled by a flag — it's now turned on by default for the first three of those. Chrome evangelist François Beaufort took to Google+ (not dead quite yet) to share the latest news and encourage developers to read up on how to implement it on the Google Developers site. There's also a sample you can try here.

The same will also be happening in Chrome OS soon, but in the meantime, you can still use the flag #enable-surfaces-for-videos to give it a try. To use PiP, right-click inside a video frame and select 'Picture in picture' from the options. Since YouTube and some other players have their own right-click menus, you'll have to click twice to bring up the Chrome menu and use PiP (see below). 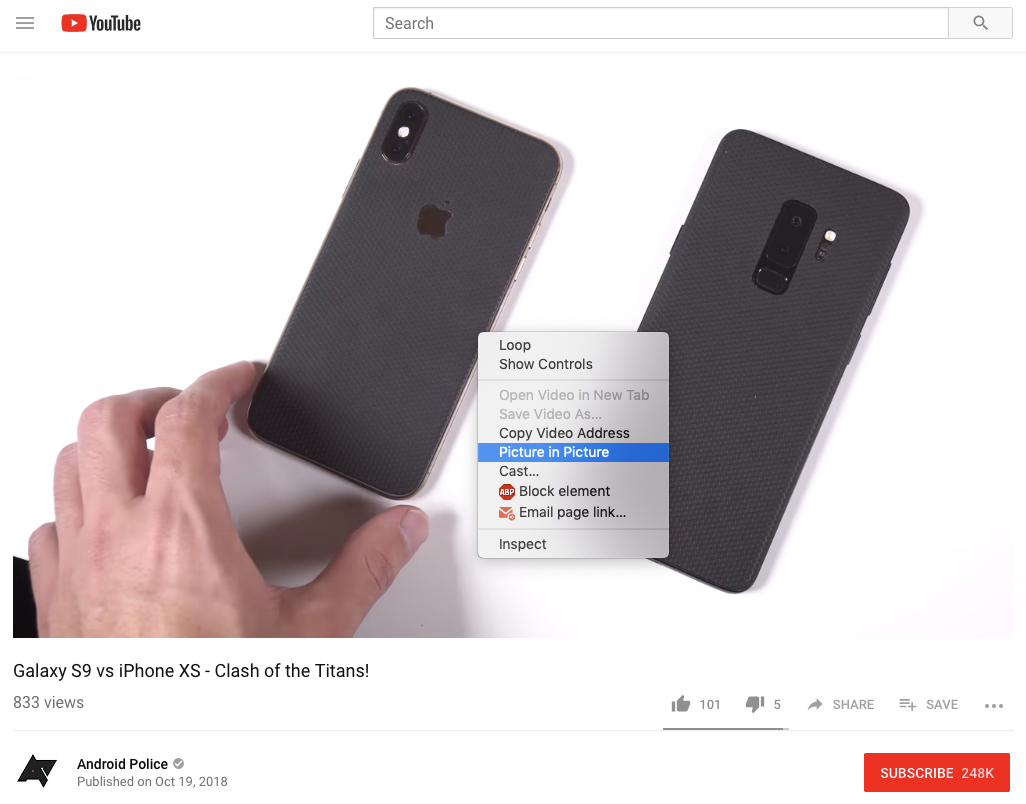 One final note on this feature — the tab in which the video you're PiP'ing resides will be easy to find in a sea of tabs (Tab City, as I like to call it) as it will have a little blue icon added to it (below).