Two weeks ago, Google News got an update to version 5.5, bringing a dark theme option to the app. But since the rollout was slow, we didn't get an official changelog until yesterday. In it, new features were mentioned for sports teams, but they were nowhere to be found. It seems they were dependent on a server-side switch, because it isn't until this morning that these new sports options started showing up for us.

When you browse any sports teams' page on Google News, you'll see three tabs instead of two. The first one has been updated to show a large thumbnail for the latest game they played and its score, plus a swipeable timeline to view past games, and the upcoming match on the schedule. Scroll down past those and you'll see the regular news articles. The match's thumbnail is a video highlight, so it'll play (but on mute) inside the tab. However, if you tap on it, you'll get a series of highlight videos that play with sound — there's a volume button on the top right to mute them. 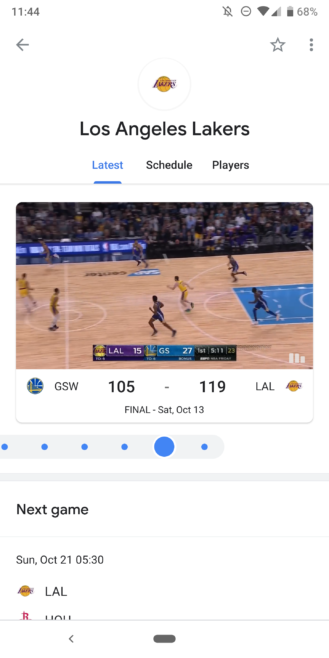 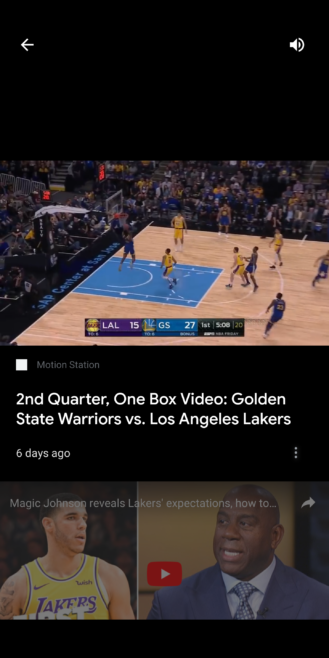 The second tab is completely new and contains the team's last game and upcoming schedule for several months to come. Unlike team pages in Google search, you can't scroll back up to view past matches. And finally, the third tab is still what it always was: the current player roster. 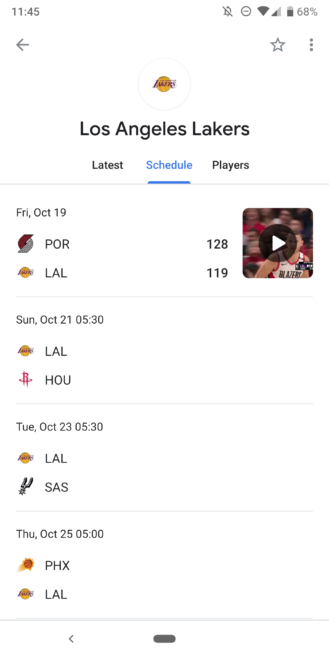 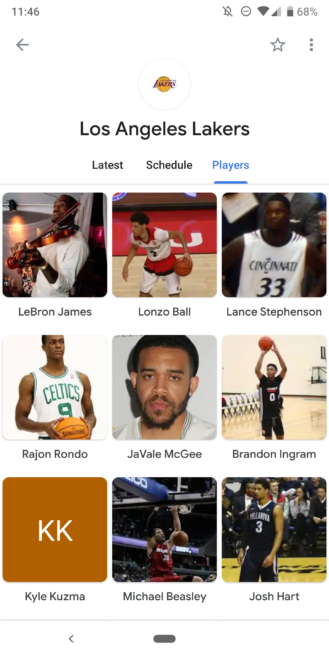 Highlights and videos don't seem to be universally implemented, though. It depends on the league itself. I spotted them for NBA, MLB, NFL, and Ligue 1 (France) games, but not on MLS, La Liga, Premier League, or Champions League matches. 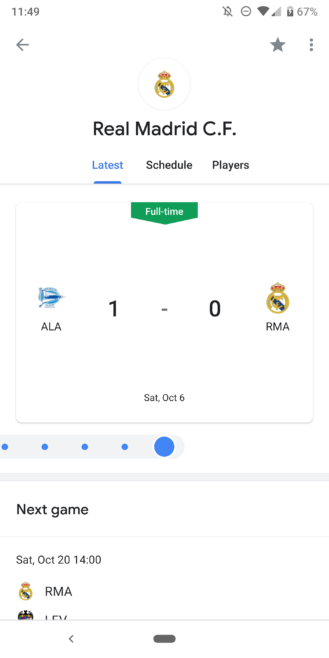 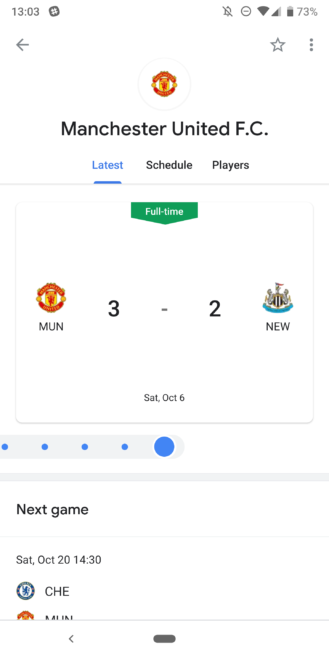 There's still a long way to go for Google News to catch up with the amount of properly categorized sports data that can be found in Google Search, but at least if you follow a certain team in the News app, you'll now start seeing more relevant information about it.

If you want to check these sports features out, make sure you have the latest Google News v5.5, which you can grab from APK Mirror or the Play Store.