Google's history of providing support to Android developers that run into issues on the Play Store is pretty abysmal. If you have the clout of Facebook or Netflix, your whims are individually catered to, but independent developers get the short end of the automated-support stick. Yesterday, yet another indie Android app, Always On Display AMOLED, was kicked to the curb in what appears to be an overzealous, automated DMCA takedown, and in true Google fashion, the affected developer is left without recourse or a means for dispute.

The app in question had garnered some 7 million downloads from the Play Store, and a description of its functionality is still live over at F-Droid, a popular open-source repository of Android apps and informal Play Store alternative. The short version is that the app lets you keep additional info like notifications and time on your phone's AMOLED screen if it's equipped with one.

Given that functionality, it's a bit unusual that a DMCA by Flipkart — an Indian online retailer — for infringing upon its logo and site content would seem to apply. In fact, according to the explicit text of the DMCA notice received by Always On Display AMOLED developer Tomer Rosenfeld, his app was not included in the DMCA complaint at all. The full text of the notice forwarded to the developer is too long to quote here, but you can review it for yourself on the project's GitHub.

I'm an independent developer, my app had over 7M downloads and was removed from @GooglePlay this week due to an error in their DMCA system
It seems impossible to reach a human in Google support to sort it out@AndroidPolice @GooglePlayDev

That fact that Rosenfeld's app wasn't included in Flipkart's DMCA request didn't stop Google from both complying with the non-existent request to take down his app and refusing his pleas for support, even when this discontinuity was pointed out by the developer via a message sent in the Google Play Developer Console. If this accident had targeted a developer with a bigger name, you can bet the issue would have been resolved before the app was pulled, but not all developers on the Play Store receive the same level of care from the company. Always On Display AMOLED is just the latest app to be hit by collateral damage from Google's stereotypical, low-quality, mostly automated developer support: By a long shot, this isn't the first time this has happened.

In fact, Google's failure to provide adequate support was a topic of some passion on Reddit earlier this week, filling developers and consumers alike with righteous indignation at the Play Store's ongoing transparency and communication issues. For a company that takes a 30% cut from app developers, the very least Google could do is provide them the courtesy of a face to speak to when its automated policy issues result in problems like these.

In the meantime, Always On Display AMOLED is still available at both APK Mirror and F-Droid. And so long as Google's developer support continues to be a shining example of what not to do, alternatives like Amazon's Appstore become more attractive for developers with each passing minute, though unfortunately the Play Store remains a defacto monopoly on Android devices — perhaps another subject for the European Commission and other regulating agencies to consider looking into.

We've reached out to Google for comment, and we'll update our coverage if any is provided, or if there are any new developments for Always On Display AMOLED.

Google has reinstated the app to the Play Store. We're told by Rosenfeld the listing was returned after contacting Google via a link provided on Twitter, and not the official counter DMCA form. Guess that goes to show that developers can't expect much in the way of support from Google — even when it's the company's own fault — unless they raise a big-enough stink via avenues like social media. 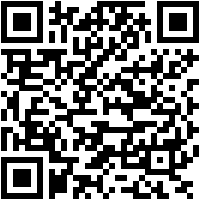