In my opinion, Asus makes the best Chromebooks on the market, second only to Google. Last year's Chromebook Flip C302 is still one of the best Chrome OS laptops you can buy, especially considering its competitive price point. The company's lower-end C101PA is also a fantastic 10-inch convertible. I think you can easily make the argument that without Asus, Chromebooks wouldn't have the mainstream appeal they enjoy today.

That being said, both the C101PA and C302 are nearly two years old and long-overdue for a replacement. Asus released a new Chromebook last month, but it wasn't a new premium laptop or an entry-level 2-in-1. The 'C223NA,' as it's called, is something different entirely - it's basically a netbook.

The C223 is unapologetically cheap, with an underwhelming non-touch Twisted Nematic (TN) screen and low-end hardware. The retail price of $230 is in line with other similarly-specced Chromebooks, but it's hard to believe that the company widely known for building great Chrome OS devices at competitive prices made this product.

When it comes to design, the C223 has far more in common with the Asus Eee PC netbook I owned six years ago than any of the company's modern Chromebooks. It's not a convertible, it doesn't have a touch screen, and it's entirely plastic. The build quality is admittedly decent - the screen doesn't flex much, and the bottom lid has a softer texture that makes it feel a bit less cheap. 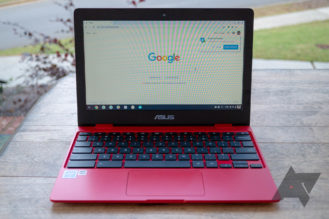 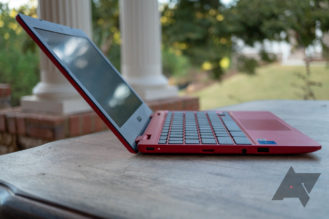 Just about every Chromebook these days has at least one USB Type-C port, and that is true for the C223 as well. There is one Type-C connector on each side, and both can be used to charge the laptop. On the left side, you also get a microSD card slot, a headphone/microphone combo jack, and one normal USB 3.0 port. Nothing out of the ordinary, but it's always nice to have one regular USB connector for older accessories. 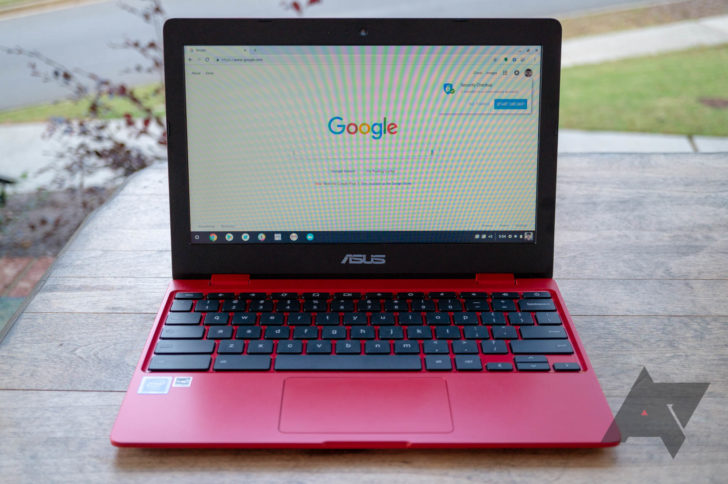 The keyboard on the C223 is decent. Key presses are a bit soft, and there's no backlight, but I didn't have any complaints while writing articles or responding to emails. The layout is slightly cramped, but that's a limitation of the smaller form factor — if you want a bigger keyboard, you need a bigger laptop. 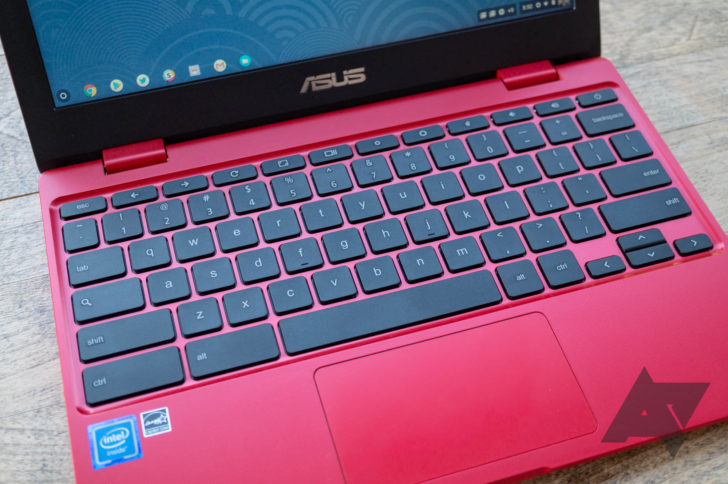 The touchpad is also nothing special. Gestures and clicks work just fine, and it's not too cramped. If you need something better, you can always connect an external mouse.

If there's any aspect of the Asus C223 that feels entirely cheap, it's the display. It's a TN panel, not an IPS screen, with terrible viewing angles. If you look at the screen more than 15 degrees off-center, it becomes noticeably distorted. The display is acceptable for typing up a paper or browsing the web, but it's awful for watching media.

To make matters worse, there's a strange ripple effect that appears on the sides of the display when the rear casing moves (either by adjusting the screen or moving the whole laptop). You can see it in the below video.

I'm guessing this is caused by the display assembly rubbing up against some other component in the laptop. The effect is only noticeable on a dark background, but it definitely shouldn't be there in the first place.

The C223 is powered by an Intel Celeron N3350 processor, with 2 cores (no hyperthreading) and a base clock of 1.10GHz. It's basically an Atom CPU under another name. Performance is limited, but the 4GB of RAM helps a lot here.

The C223 is quick to boot, and as long as you stick to only a handful of Chrome tabs, it's not a bad experience. Heavy workloads, like running 10+ Chrome tabs and a few Android apps at once, will absolutely crush this Chromebook. You can forget about 3D gaming entirely — Minecraft from the Play Store couldn't even hit 20FPS on the default settings. 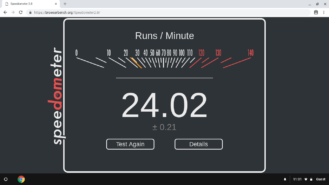 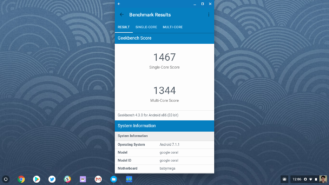 The one advantage to having an under-powered CPU is that battery life is excellent. Asus estimates "up to 10 hours," and mine easily lasted 8-9 hours, depending on the screen brightness and what I was working on.

Probably not. While the C223 is in line with other Chromebooks around the $200 mark, it's definitely not what I expect from Asus. The company's typically-excellent build quality and premium design has seemingly been thrown out the window. Looking at the Chromebook Flip C101PA, which was only ~$25 more than the C223 (until last month), you can hardly believe it was built by the same company.

If you don't do anything more complicated than type up papers and watch YouTube, the C223 is a perfectly capable laptop. But once you try to juggle between a handful of Chrome tabs while running Android apps, it starts to lag and stutter. I'd still recommend this over similarly-priced Windows laptops in a heartbeat, but this isn't a Chromebook for complex workloads.

This is the part of the review where I recommend what you should buy instead of the Asus C223, but honestly, there aren't many other options. The Asus Chromebook Flip C101PA is a vastly better product, but the price for that model was recently raised to around $300. Every other Chromebook in the $200 range has almost identical hardware to the Asus C223, and some have even worse processors.

According to Keepa, the price for the Asus Flip C101PA was significantly raised around the same time the C223 was released.

If you absolutely cannot spend more than ~$250 on a Chromebook, I would recommend looking on eBay or Swappa for lightly-used models. For example, used C101PA laptops have regularly sold on eBay for $150-220. Be sure to consult our Chromebook buyer's guide for helpful tips. 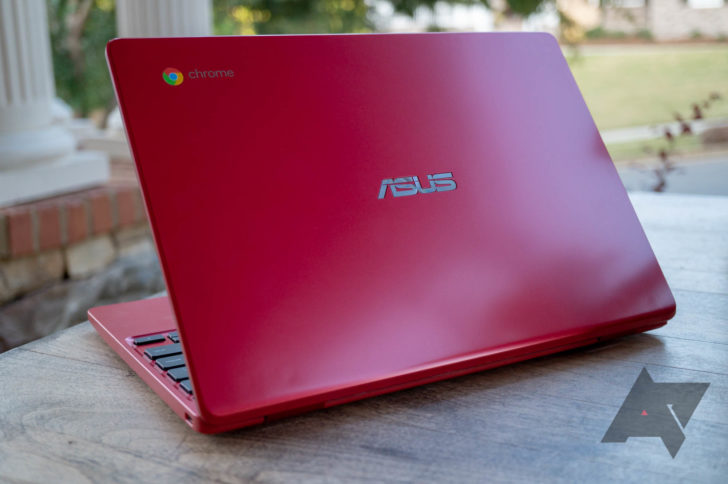