Spotify is making some big changes this week. Both the Wear OS app for smartwatches and the Android app are getting overhauled, though the latter only concerns Premium subscribers.

Starting with the Wear OS app, the update includes two important changes. First, you can now access your Recently Played playlists, artists, albums, and more, easily switching what you're listening to from the comfort of your wrist. Spotify Connect is now supported too, which means you can control and stream music to nearby speakers and computers — this is something I've always wanted for my Google Home and Chromecast setup. Spotify says the new app will roll out to watches over the coming week. 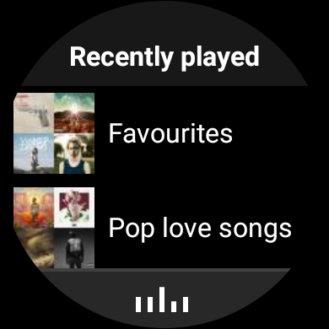 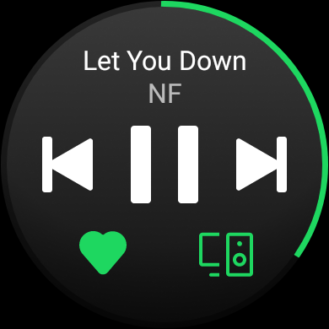 For now, the app isn't showing up as installable for me on my Skagen Falster, and I'm not sure why. One of our readers, Zachary, was able to install it though and tells us the experience seems very buggy. For example, when he tries to start playback from the watch, he has to use Connect, which doesn't recognize his phone as a target.

Perhaps the most important promised feature though is offline storage and playback. Spotify says this will be coming in November to Fossil Gen 4 and Michael Kors Access Runway smartwatches. We can only hope an expansion to all Wear OS watches will follow, once Spotify has fulfilled the terms of its exclusivity deal with Fossil.

On the smartphone side, Spotify is also introducing a new interface for Premium subscribers. Gone are the five bottom tabs, and instead, you'll have three tabs for Home, Search (which now encompasses features of the old Browse), and Your Library. The Radio tab is gone, but you can still easily access artist radios by searching for them. The new look is similar to the Spotify Lite app, but with access to the library instead of favorites. We had seen the first hints of it last year, though the tabs and their order were different then.

There doesn't seem to be anything inherently different with functionality, save for some small changes for artist radios. They're now available for offline download and have an endless stream of songs, instead of being limited to a small selection.

Spotify calls these changes "initial updates," which gives us hope that more interesting ones are on the way, and says they'll begin rolling today to Premium subscribers on Android and iOS.

Although I'm running the latest stable version, I'm still on the old layout. But in case you want to try and see if you're luckier than me, you can grab v8.4.75 (stable) and 8.4.76 (beta) from APK Mirror.

Digital Wellbeing officially expands to Android One devices with Pie