Back in January, secure messaging app Telegram acquired an alternative client based on its own database library. Since then, it's rebranded the app from Challegram to Telegram X, and made it a testing ground for experimental features. An extremely fruitful testing ground. This new October update is no different from its feature-packed predecessors, delivering a ton of changes. Among the most interesting additions: the introduction of new supported languages and Android Pie features.

With this update, Telegram X has done a lot of work on language support. Ten languages are now officially supported: English, French, German, Italian, Malay, Malayalam, Portuguese (Brazil), Russian, Spanish, and Ukrainian. The app notes more official languages are coming, as well, but in the meantime, it's also improved on the process of installing custom localization files for unsupported languages, and further fleshed out tools for translators. 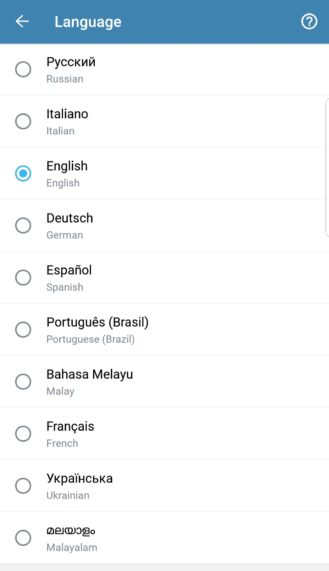 As for Android Pie support, users can now get inline high-resolution photos and stickers in notifications by switching on the option in Settings > Notifications > Image Preview. Additionally, names and pictures in notifications now display properly, and Telegram X has implemented a number of fixes for issues that popped up with the release of the new OS version. The glitches included missing music player controls and call controls, and crashing triggered by attempts to send a location. 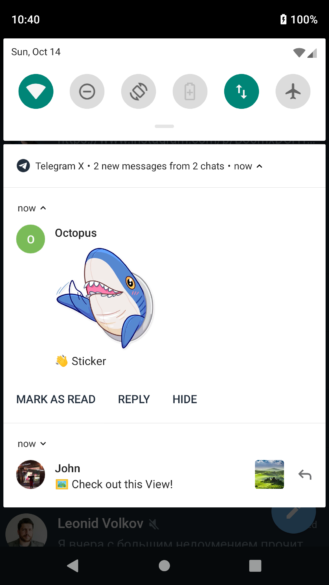 Inline photos and stickers in notifications.

A few new features popped up too. Users can now send photos, GIFs, and stickers directly from the keyboard (great for Gboard users), and there are more message text sizes available now. Beyond that, a new "Hide" button in notifications works like a "Mark as Read" feature, date timestamps now show up when viewing someone's profile photos, and you can tap channel/supergroup links to quickly edit. 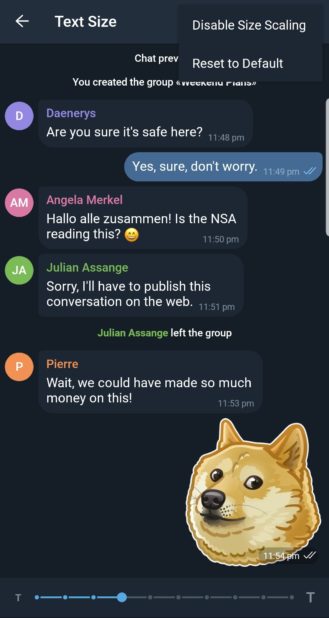 While many of these changes may not sound too exciting taken alone, each contributes to making Telegram X (and thus, down the road, Telegram) a much more full-featured messaging app that's not only secure, but also a pleasure to use — a trait that often takes lower priority for encrypted messaging apps.

For a comprehensive and much longer list of changes, check the source link below. You can download the app on the Google Play Store or nab it on APK Mirror.