NBA 2K19 can be purchased off the Play Store for $7.99, but if you thought this was going to be a premium release, I have some bad news for you. Not only do you have to pay an upfront price for the game, but you can expect to find advertisements and in-app purchases that range up to $49.99. I suppose this type of monetization hardly deviates from current 2K console releases, but I can't say that's actually a good thing.

If you are hoping to play this on your Shield TV, you can forget that. Despite support for physical controllers, the Shield TV is not compatible. Oh, and the included controller support is lacking when it comes to customization options, but at the very least you are not stuck with the touchscreen controls if you don't enjoy their simplistic nature.

Honestly, I'm hardly surprised 2K bumbled the Android release of NBA 2K19 with a late arrival. I'm even less surprised that the online play iOS users received didn't make it into our release. What really bugs me is that the game costs the same on both iOS and Android, and yet the Android version is clearly missing content. I suppose if you are a hardcore fan and have to get your fix on Android, then this release will do, but it's definitely not the best version out there, and in my humble opinion, Android users deserve better than a late release that's missing content. 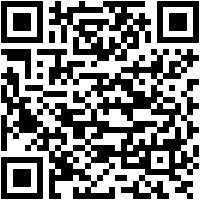