While Facebook's video calling smart home devices have long been in the works, the wake of another major data privacy scandal doesn't feel like the best time for a product launch. But perhaps Facebook just couldn't wait any longer — after all, it was reportedly supposed to debut the new products earlier this year, but held off due to bad press from the Cambridge Analytica scandal. Today, just a little over a week after it announced a security flaw that affected 50 million accounts, the company launched the Portal ($199) and Portal+ ($349), both Amazon Alexa-enabled video calling devices.

The Portal has a 10-inch 1280 x 800 pixel display and looks quite similar to the Amazon Echo Show in form factor, while its bigger sibling has a 15-inch 1920 x 1080 pixel display that can pivot on its base and looks more like a tablet mounted on a stand. 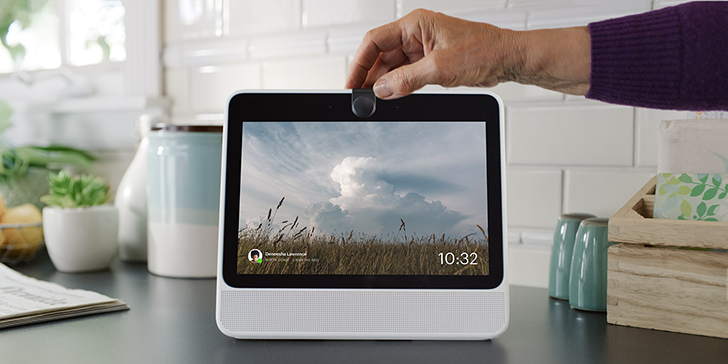 The main selling point of Facebook's first ever hardware devices is that the cameras track action and automatically pan and zoom to keep the subjects of the video in view. The devices also advertise the ability to enhance the voice of whoever is talking, regardless of where they move, while minimizing background noise.

Of course, we all know the main detractor from buying either of these devices — Facebook's shaky to downright-inexcusable history with users' data privacy. The company is therefore addressing that issue right off the bat, writing in its announcement that the devices are "built with privacy + security in mind."

The company goes so far as to ship the Portals with a physical camera cover, and promises that it doesn't "listen, view, or keep the contents of your Portal video calls." Plus, the AI tech runs locally, it reports, and the camera doesn't use facial recognition or identify users. 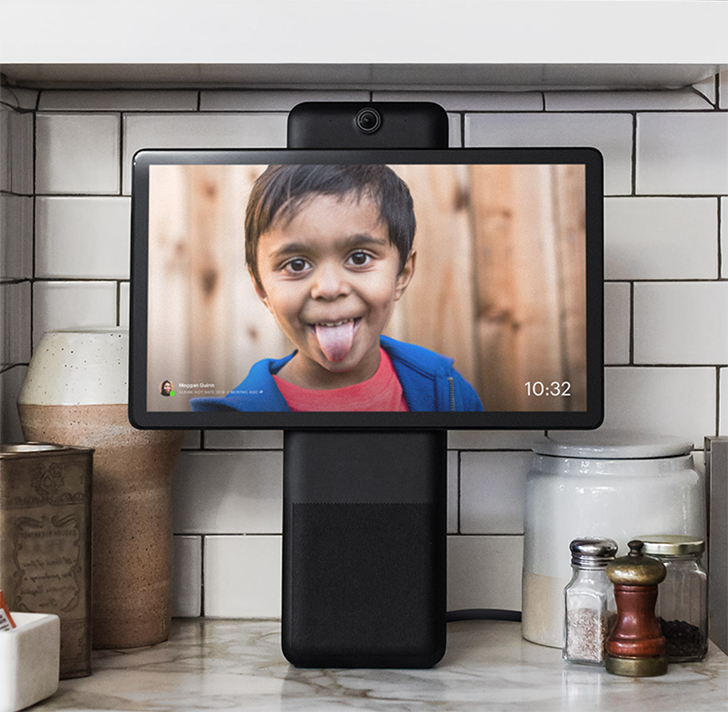 The only video calling platform the device supports is Messenger, naturally. But the company has collaborated with Amazon to build in Alexa as voice AI, delivering the functionality of an Echo device. Even as these two tech giants team up, though, Facebook has asserted ownership over the device by offering its own voice controls, as well. Users can say "Hey Portal" and note who they'd like to call, signalling Facebook may have aspirations for Portal to become a larger AI brand. Further addressing privacy concerns, Facebook promises you can delete Portal's voice history in your Facebook Activity log.

In video calls, Facebook is offering integrations with Spotify Premium, Pandora, iHeartRadio, and its own video platform to let users watch or listen to content together on a call. There's also a new "Story Time" AR feature for video calls with kids. When video calling is not active, the device can display photos, videos, and notifications like birthday reminders.

The Portal and Portal+ are now available for pre-order in the US at Amazon, Best Buy, and portal.facebook.com. For those who are brave enough with their data to purchase two, there's a $100 discount.

Facebook has clarified that data such as call length and frequency of calls can be used to target ads. Recode reports that the social media platform reached out to revise statements made to the publication concerning user privacy on Portal. The publication initially reported that no data collected through its device will be used to target users with ads on Facebook. That's simply not true, however. While Portal itself will not run ads, it will collect call log data including who you call, as well as general usage data — for instance, how much time you spend on certain apps in Portal — all of which can be used to target ads on the company's other properties, like Facebook or Messenger. This all makes sense — ads are the social network's major business — but it's not comforting considering Facebook's poor track record with users' sensitive information. At least the company is attempting a level of transparency, but one can only wonder if it has simply given up hope of ever shipping meaningful amounts of this product at all.

26 temporarily free and 26 on-sale apps and games for Wednesday, including Baldur's Gate

NBA 2K19 is finally out on Android, but it doesn't contain the online mode iOS users received