There's a new beta for the Google app rolling out, and this one takes a sizeable leap in version number to 8.28 from the 8.24 that came out just about a week and a half ago. There's not a lot to see in the way of changes, and even the teardown is on the soft side. Nevertheless, there are a few things to look through. And as always, we're still watching for more changes. 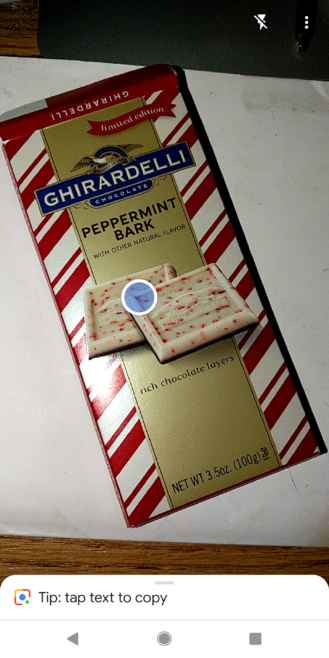 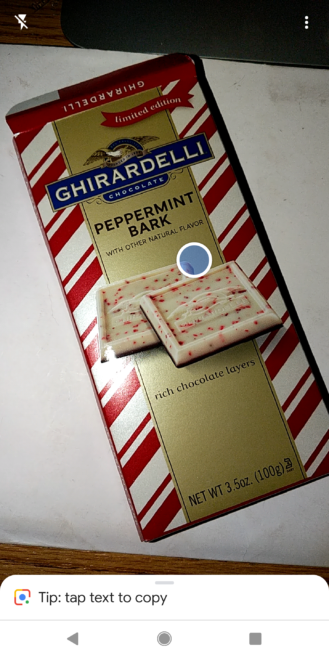 It's barely a change, but the button in the Google Lens screen that turns the flash on or off has been moved from the right side of the screen to the left.

And yes, I discovered a few of these peppermint bark bars hidden away from last year — they are delicious.

In case you've forgotten, the Google Clock app will (eventually?) add its own routines to Google Assistant, and it looks like one of the side effects will be a notification that appears after you dismiss an alarm started by Clock. This doesn't appear to be anything different from the notification you already get when a routine launches, only that the text will explain that it's launching after an alarm. 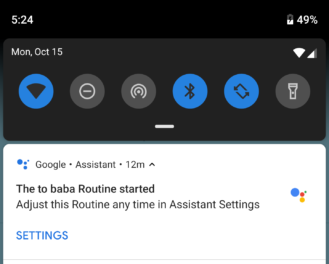 For clarity, the phrasing does seem to infer that this will work with any clock app that registers alarms with the system, not just those of the Google Clock app.

You may have already forgotten about Slices, or perhaps decided they're not that great since you've never used them; but you'll be relieved to find out that they're just... not actually out yet. Yep, despite being announced almost six months ago, they're still hovering out there with an SDK for developers but not actually operational so developers can't get anything out of the work they've done building these things.

Regardless, when the day comes that Slices begin appearing in your search results, you'll have the option to hide individual apps from displaying their slice if you find that they're just not that useful.

We've talked about the upcoming General Settings Hub page a few times in the past. In short, it appears Google is moving some commonly accessed and high value settings from their original places to this screen where they will be easier to find. The latest update adds two more settings to that list: Always retry offline searches and Manage pending searches. 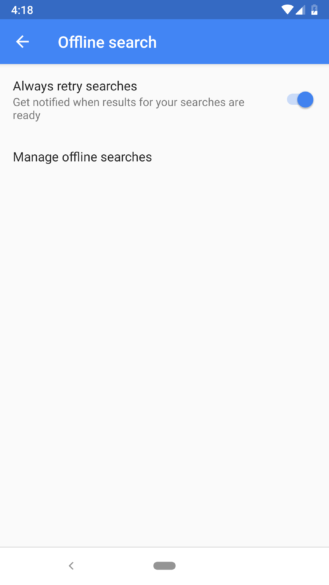 This move does seem to contradict the theory that this page will be for important settings, since most people probably don't change the defaults for these two things; but I suspect this is more about simply getting them out of the way. There's currently a page in the top level list of settings that's dedicated to just these two, so placing them elsewhere might be more about cleaning up the list of categories.