This was The Big Week here at Android Police. Google finally revealed the much-leaked Pixel 3. Historically, the Pixels have been some of the most popular devices among our readers. Even though criticism of this year's phones seems a bit stronger, it's easy for a vocal minority to drown out the silent majority. So now it's time to ask the question: Did you pre-order one of Google's new Pixels?

Google's hardware isn't always seen as the best, and Pixel releases are unfortunately timed just at the end of a given Qualcomm flagship SoC generation. But when it comes to software, quite a few people (including me) see Google as king. Like it or hate it, Google also dictates the direction that Android takes, and the Pixels are their plans made manifest.

For an Android-as-Android enthusiast like me (and an employee at AP), a Pixel is a mandatory purchase purely from an academic standpoint. But if I didn't need one for work, picking one up would be much more of a question. This year's design for the Pixel 3 XL is polarizing, and while I ultimately went for the smaller Pixel 3, there was a bit of disappointment involved in that decision. 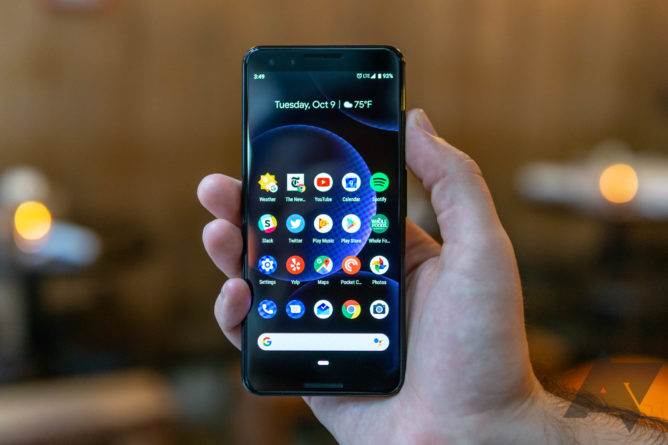 The smaller Pixel 3 is pretty cute (and skips the fivehead notch).

With the current list of Pixel 3 exclusive features, those of us that don't upgrade will be missing out on more than a few hot new camera features, but the Pixel 2 and 2 XL are still holding their own as we prepare to enter 2019. Honestly, I'm not even sure if the 2016 Pixels are dated enough to warrant an upgrade just yet. Apart from the old-style design, the OGs more than hold their own. Still, that call to upgrade can be hard to ignore when you know you've got the budget for it.

What about you? Did you take the plunge, or are you holding off this year?