The Honor 8X is already available in China, but many have been waiting for the phone's international release. Huawei held an event yesterday in Prague to announce the Honor 8X's worldwide availability, and you can already buy it in some regions.

If you're not familiar with it, the Honor 8X is the latest device in Huawei's budget phone lineup. It's equipped with a 6.5-inch 19.5:9 LCD screen, a Kirin 710 processor, a 3,750mAh battery, 64 or 128GB of internal storage, a 20MP "AI" rear camera with 480fps slow-motion capture, and a 16MP selfie camera. NFC is also supported, but only in certain regions (West Europe, CEE/Nordic, Russia, Ukraine, Belorussia, and Turkey). 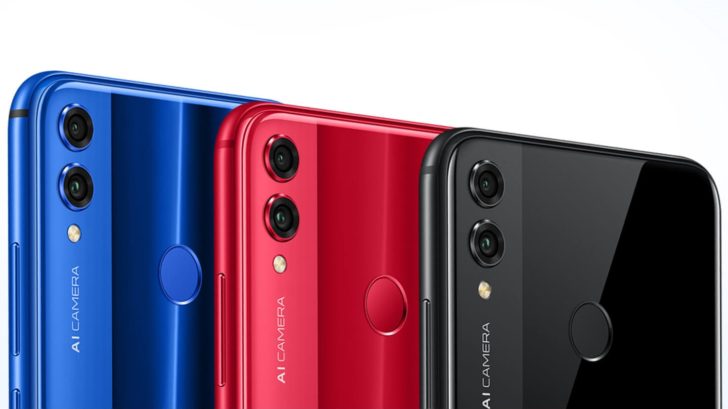 As far as availability goes, the Honor 8X will be sold in the US, the UK, Spain, the Middle East, Western Europe, South Africa, Malaysia, and a few other regions. Pricing in Europe starts at €279 for the 64GB model, and £230 in the UK. It's not clear how much the phone will cost in the United States, but last year's Honor 7X was initially priced at $199.

Android 8.0 Oreo is rolling out now to the Samsung Galaxy J3 on Verizon