The Settings menu/app on Android phones has evolved quite a bit in recent years. Starting in Android 8.1 it got a search bar that made digging for individual settings a bit easier, and in Android N it got suggestions to help encourage you to enable things like a lock screen, finish the setup process, or explore additional customization options. Google even reserved some secret sauce for search and suggestions on its Pixels, and now it's breaking that out into its own app called Search Suggestions.

Indications that this would happen cropped up as early as the Android P DP2, though at the time it was a new pre-installed app on Pixels without its own Play Store app listing — and it didn't seem to do anything.

Search Suggestions "is the intelligence behind Settings" according to the app listing on the Play Store. It's only compatible with Pixel devices, as you'd probably expect. 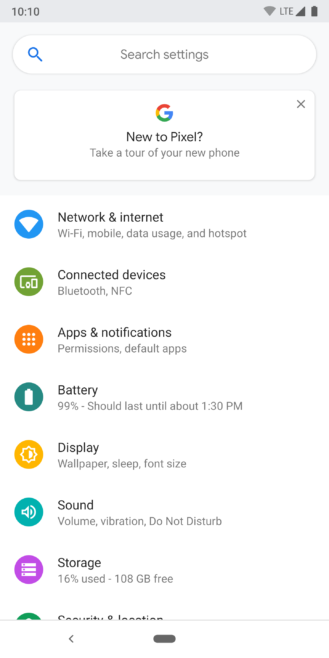 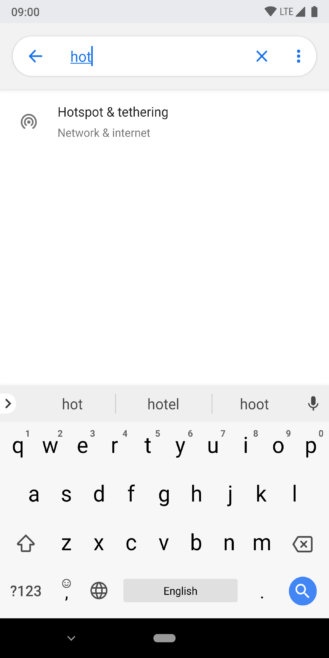 This is the stuff Search Suggestions likely controls, according to the app listing.

The app's features and responsibilities are two-fold, according to the listing:

1. Personalized Settings search results based on your device state and usage
2. Suggestions for new settings that you may want to use based on your current habits

By breaking out Search Suggestions into its own app, Google can update how the search and suggestion notifications in Android's Settings work without waiting around for a system update. Now that apps like Digital Wellbeing are modifying the content of Settings independently of system updates, that could come in handy. 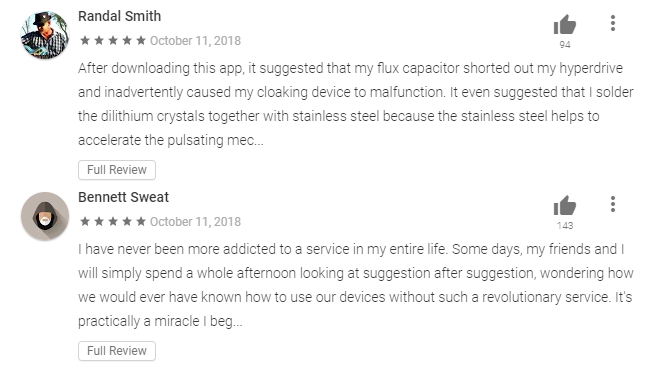 In what has become the typical internet response to a random, non-user-facing Google app, the Play Store listing is already at 4.5 stars with mostly comic 5-star reviews, praising it in exaggerated and unrealistic terms for the miracles it has bestowed upon Pixel owners.

Interested parties can view the app listing on the Play Store, though the app is only compatible with (and pre-installed on) Pixels, and the listing won't appear up if you aren't signed into an account with a compatible device. I was able to sideload the app onto other phones via APK Mirror, but so far it doesn't seem to actually do anything, though we'll keep an eye out for any new features or functionality it delivers.

[Update: Fixed] Pre-registration on the web version of the Play Store is broken for many