Chrome's built-in Password Manager is a convenient way to store and use your login credentials, especially when convenience is paramount. But actually managing passwords in that list can be a bit tedious, given it's just a long list of URLs, usernames and blocked-out passwords. Thankfully, Google is adding favicons to the Password Manager, making it easier to navigate the list at a glance. 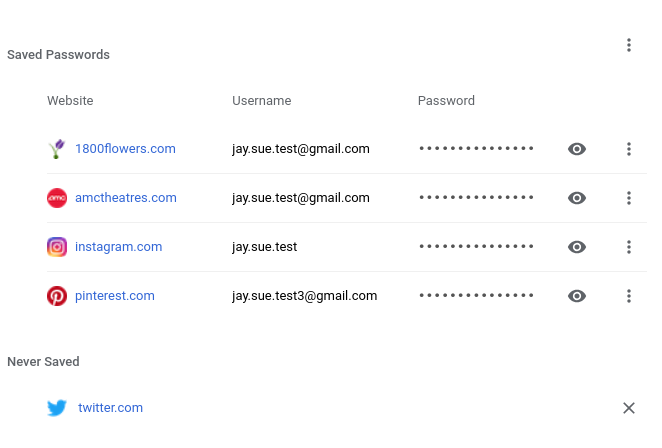 The proposal was made via the Chromium Bug reporter back in September and included a mockup (pictured above) which shows what it could look like. To see the current view for comparison, just head to the passwords section of Chrome (chrome://settings/passwords) on your own machine, but the only difference is the addition of favicons to the left of the website URLs. Since then, the feature has been a work in progress on the Chromium Gerrit, where it has yet to be accepted — apparently in part because a UX designer is on vacation.

The change, which we're a fan of, hasn't actually been merged into Chromium (and therefore Chrome) just yet, but we think there's a good chance it should get there in the coming days/weeks. In the meantime, we'll stick to managing our passwords the old-fashioned way, without visual cues.

Google is testing a new "Explore" UI in Chrome's new tab page, can be enabled in flags