At an event in India today, HMD Global announced yet another new model. Just days after introducing the impressive mid-range Nokia 7.1, today's unveiling was all about the budget Nokia 3.1 Plus. As the name suggests, it's a larger version of the Nokia 3.1 that launched in the summer (of which Corbin was a big fan), with the screen size jumping up to 6 inches from 5.2".

The display is still an HD+ panel, but the ratio has also changed to a more in-vogue 18:9. This time around, the 2.5D glass is described only as toughed, with no mention of Corning Gorilla glass. The 3.1 Plus is powered by a MediaTek Helio P22 chip and two RAM/storage configurations are available — 2/16GB or 3/32GB (with MicroSD support). Battery life is a big focus here, with 2 days being promised from the 3,500mAh capacity. 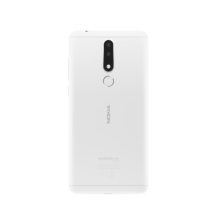 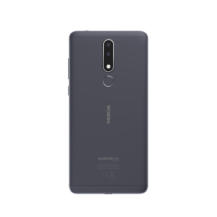 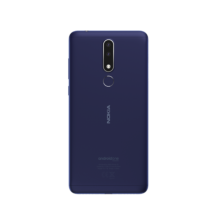 On the back, you'll find dual cameras (13MP and 5MP depth sensor) with a fingerprint sensor just below. Seeing as this is one of the more affordable handsets in the Nokia lineup, it's not quite so elegant to look at — the back cover is made from aluminum, however, with a "tactile matt finish," and the frame is die-cast metal with diamond cut detailing, for what that's worth. The front camera is an 8MP wide-angle lens, perfect for those who want to take expansive selfies.

One negative point is that Micro USB is used for charging, but at least there's a headphone jack on board. The Nokia 3.1 Plus ships with Oreo, but since it's an Android One device (as are all current Nokia models), we'd expect it to be bumped up to Pie in the not too distant future.

Blue, White, and Baltic (gray) colors are offered, with the phone going on sale first in India later this month. The average global retail prices for the two variants are €159 and €179, which translate to around $185 and $210, respectively.

Google Maps overhauls hotel listings with price and location insights, reviews from other ...