Now that Google's much-leaked new Pixel 3 and 3 XL are available for pre-order, it's time for the annual deliberation over whether to purchase the newest hardware. Here's something to factor in: the trade-in values for the Pixel 2 and 2 XL, up on the Google Store and Project Fi now. 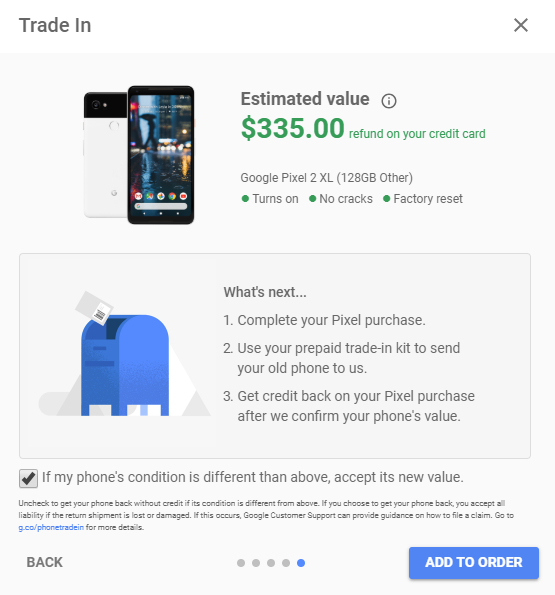 With pricing starting at $799 for the Pixel 3 and $899 for the Pixel 3 XL, those trade-in values could take a significant chunk off the overall price of the smartphone, though many Pixel fans are noting they're not as tempting as Pixel trade-in deals from previous years.

Trade-ins are also available for select devices from Apple, Samsung, LG, Huawei, and Motorola. The Google Store states it's possible to earn up to $400 in trade-in credit, while Project Fi advertises up to $550.

Adobe Acrobat now optimized for Chromebooks, documents can be signed with stylus

Pixel Stand charges your phone and more for $79