Some of the updates seeping out from the Pixel 3 have been pretty innocuous while others are quite significant. The Clock update leans toward the innocuous side as it brings some subtle but pleasing visual changes to its interface. A teardown also turns up part of the sunrise feature that was announced earlier today.

Unofficial Changelog (the stuff we found): 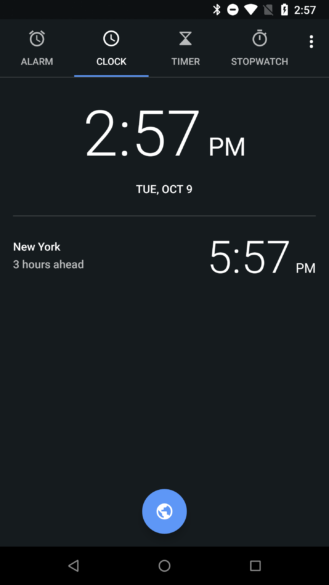 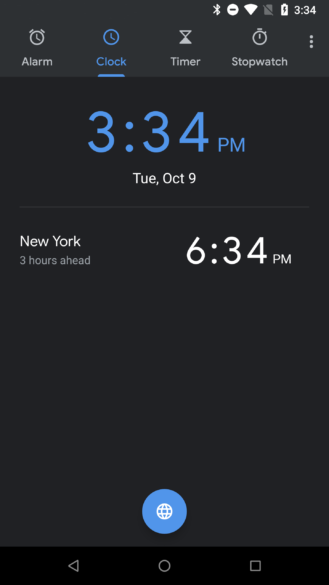 The theme for this update is focused almost entirely on blue colors and rounded fonts. Specifically, some things that used to be white (or more of a soft gray) have turned blue, and all of the text is now printed in a much nicer Product Sans, which has been making the rounds lately.

Most of the screens have been given at least a little bit of unique attention, too; although the Timer tab is very nearly indistinguishable from its previous version. The Clock tab above has switched to a different version of the globe icon, and you can see hollow outlined icons for controls have been substituted for filled icons in the Alarm tab. 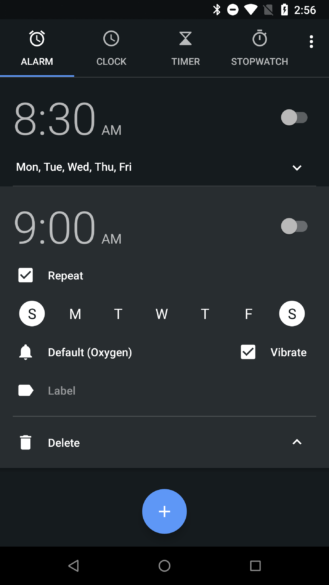 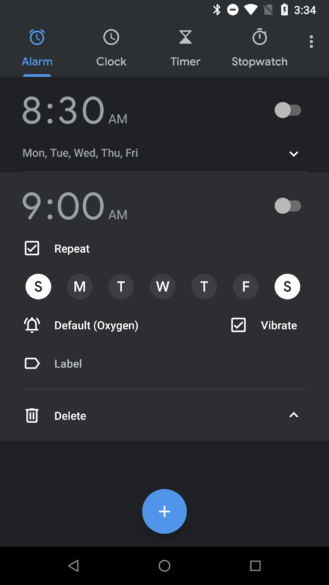 Disclaimer: Teardowns are based on evidence found inside of APKs (Android's application package) and are necessarily speculative and usually based on incomplete information. It's possible that the guesses made here are wrong or inaccurate. Even when predictions are correct, there is always a chance that products could change or may be canceled. Much like rumors, nothing is certain until it's officially announced and released.

The features discussed below are probably not live yet, or may only be live for a small percentage of users. Unless stated otherwise, don't expect to see these features if you install the APK. All screenshots and images are real unless otherwise stated, and images are only altered to remove personal information.

Sunrise on the Pixel Stand

If you were watching today's presentation by Google, you may have caught the part about the Pixel Stand offering an alarm effect that imitates a morning sunrise. It should come as little or no surprise that the Google Clock app is home to this, or at least part of it. There's not really much new to say here, but the text does include both a button for stopping the sunrise effect and some of the messages used internally for noting that the alarm was canceled on account of other alarms going off, manually canceling, or undocking the phone.

Google confirms gesture navigation is mandatory on the Pixel 3