This news comes from Google itself in an issue tracker thread, and for once it wasn't the product of an internet mob adding hundreds of stars. Someone posted that Android ought to have the option to manually start a backup rather than trusting the process to happen when the device is plugged in. A Googler said the issue had been passed to the dev team for consideration the very next day. Several days after that, Google said it would be considered for a future Android release. A few more days and the issue was closed with the message "The requested feature will be available in a future release."

So, Android Q (or maybe even 9.1) should have an option to initiate a backup of your data to Google Drive. The thread does not promise any other new features, so the usefulness will still depend on developers enabling the backup flag. You should at least be able to reliably save your device settings, SMS, and call history via the Drive app.

Available in Pie, sort of

It seems Google has lived up to its promise from August. As of Android Pie, code exists to manually trigger backups of app data to Google Drive. XDA managed to activate a "Back up now" button in the Backup and Reset menu in Pie. Tap it and you're done. A notification should show you the progress of your backup, or rather it will eventually. The button isn't live for users just yet. On previous versions of Android, you need a computer and ADB access to your phone in order to start the backup. Just use the command adb shell bmgr backupnow --all. 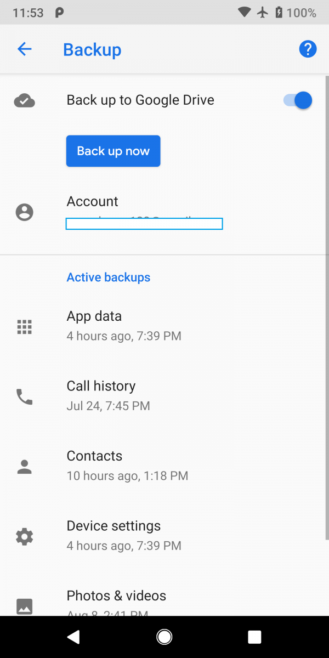 Note: Updated to clarify this feature is not fully live yet.

Tipster Himanshu Singh reports he has the manual backup button in Android 8.1 with no modifications. Meanwhile, Kieron Quinn tells us he enabled the button with a GMS flag change. Again, this is not limited to Pie. It looks like XDA triggered this flag on Pie as the feature was still rolling out, but it's coming to older versions, too. 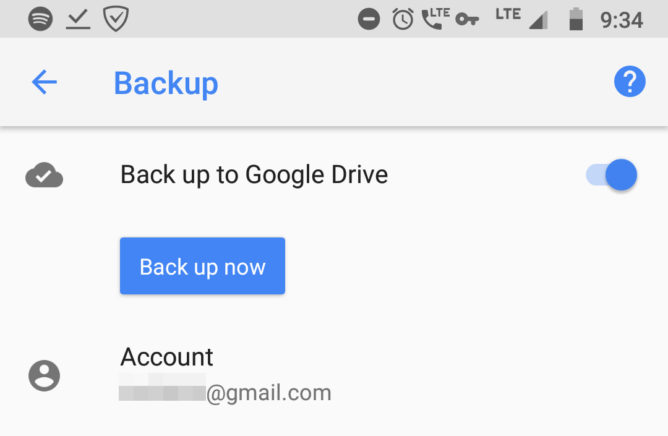