Google always has at least one "fun" color for its Pixel phones in addition to the standard white and black. However, those colors have often been exclusive to Verizon. We don't know if that will be the case this year, but we do know what the rumored "Sand" Pixel 3 and 3XL will look like. You can see them right here.

So, Google's going to call it "Sand," but it's pink—a very light pink. It's actually a strange sort of flesh tone phone. I don't personally like it. At all. The leak shows the pink phone renders alongside both black and white versions of the Pixel 3 and 3XL. The Sand phones have the same two-tone back finishing, and the power button appears to be a more saturated pink color on this phone. 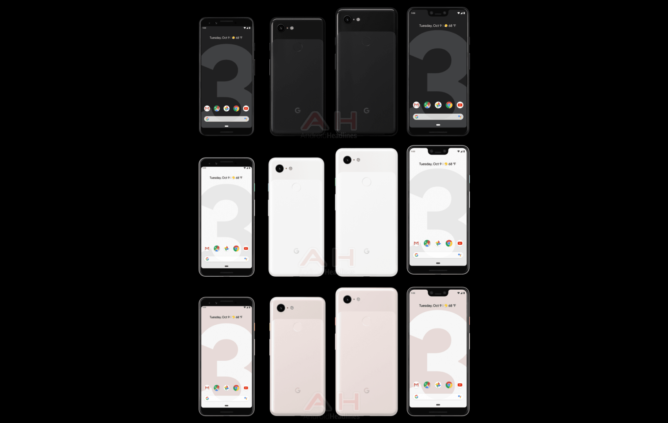 There's been some talk of a green or "Mint" Pixel 3, but we've seen no leaks of it yet. Given how leaky these phones have been thus far, that makes me think Google isn't doing the Mint phone, at least not at launch. We don't know if the Sand color will be exclusive to Verizon, but the truth will be revealed in just a few days.

TWRP arrives on the Moto X Force, Moto G6 Plus, and other devices