Location games' Run An Empire is a brand new augmented reality app that ingeniously gamifies walking, jogging, and running. Similar apps already exist on the Play Store, though Run an Empire takes the AR gameplay into a whole new direction. Instead of running away from zombies or defending Earth against alien invaders, you will be tasked with building an empire through the ages. It's like someone combined the 4X game Civilization with an exercise app.

Finding the motivation to exercise doesn't always come easily to everyone. I know there are plenty of days that I feel too lazy to get out into the streets for a jog, which is precisely why I appreciate apps like Run An Empire.

The main premise is that you get to build an empire from the ground up by running, jogging, or walking around the many territories that surround your location. You'll have to maintain your territory daily, or you could lose it to another player. Not only do these mechanics drive the user to push a little further to claim new zones when they are out exercising, but it also incentivizes the user to exercise frequently to retain control of their land.

Unlike many similar AR-driven exercise apps, Run An Empire does no interrupt your workout with too many distractions. I can appreciate this feature since I personally use my exercise time to decompress from the day's activities, such as work and family life. The last thing I would want is an app that constantly interrupts my train of thought during this process.

Run An Empire is a free-to-play release, so this means you can expect to find in-app purchases that range from $4.99 - $134.99 per item. You can also expect to find two types of in-game currency, gems and coins. The gems are more difficult to earn during gameplay than the coins, which is why those ridiculous IAPs exist in the first place. You can purchase as many Gems as you like, and then use them to buy advantages. This means the actual gameplay of growing your empire is pay-to-win, which kind of ruins the competitive aspect since those with the most money can purchase earning multipliers for the main in-game currency that's used to build up your territory. Players will still have to run to claim these areas, but once they snag them, holding on to them will be a piece of cake. 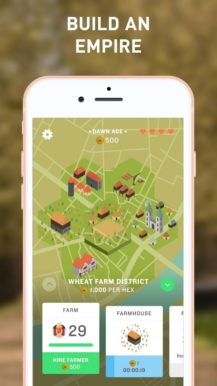 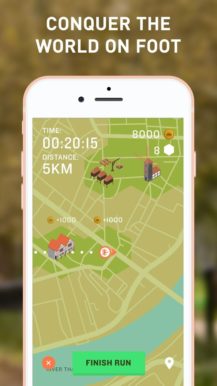 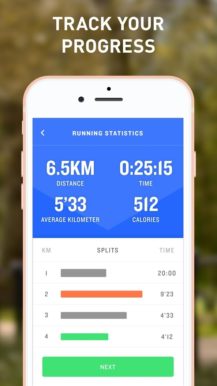 Run An Empire is a mixed bag. On the one hand I can't say I'm fond of the type of monetization used, as it ruins the competitive gameplay, but on the other hand, this is a free app and you can use it without ever putting any money into it. Sure, you may not be able to compete competitively if you don't sink some money into the title, but does that really matter for a simple augmented reality exercise app? At the very least its core function of incentivizing the user to get up and workout is still there, it's just a little diminished thanks to the egregious IAPs.

GLOBAL LAUNCH OF AUGMENTED REALITY RUNNING GAME
London Tuesday 2nd October 2018 – Run An Empire have launched their AR Running Game to the world. Players everywhere begin the race to capture and control their own digital empire.

Run An Empire is a free to play game for Android and iOS where players claim land in the real world by running, jogging or walking. Players are rewarded for their activity with ownership of the areas they visit, which can then be customised with a range of buildings from stone age huts to futuristic space ports. As they run and their empire expands they earn money to advance their city into the modern age. The most competitive players can compete to capture buildings, or collaborate to take on local challenges.

Run An Empire fits into existing exercise routines, whilst giving new runners an incentive to get started. Players can capture territory on their walk to work, their weekly jog or as part of their race training. Getting started is easy – players open the app whilst on the move and it tracks in the background like Fitbit or Strava (runners can even link the app with their Strava account). Once home players can build, maintain and customise their empires.

Augmented Reality Gaming has been on the rise since the release of Pokemon Go, with emerging technology experts Gartner predicting that “transparently immersive experiences” are set to reach their peak in the next 2 years. Along with Zwift, the popular game for cyclists, Run An Empire is one of just a few products focusing on gaming and mixed reality to benefit people looking to enhance their physical activity. Run An Empire has the ambition to get 10 million people running by this time next year.

Run An Empire has been in testing this summer following a soft launch in the UK with 40,000 downloads across iOS and Android. Developers Location Games are now bring their AR take on exercise to a global audience.

Sam Hill, co-Founder and Product Lead, says:
Running is going through a revolution, people want more than just badges for miles run or points for calories burned. We’re learning from the world of gaming and building something truly social, immersive and rewarding.

Ben Barker, co-Founder and CEO, says:
Sam and I were sat in a pub 4 years ago, talking about the type of fitness app it would take to get us excited about running. Run An Empire was born that day and I’m so proud that our small team is now ready to put it in the hands of players around the world.

Rachid Schrik, User – contact details on request
Run an Empire lets me run at my pace but still have the feeling that I’m competing with the best of them, since speed isn’t the most important thing. I notice I’ve been running twice a day quite often since I started playing. When I walk with my daughter she does a victory dance every time we capture a new castle.

Kerry Milauskas, User – contact details on request
I absolutely love this game, it’s so addictive! I was diagnosed with Fibromyalgia 2 years ago and my doctors and physical therapist all kept telling me the more I exercised the better I would feel. Now with Run An Empire I’m exploring parts of my city that I have never gone before just to get new land. I was tired one day and thought that I would just do a short walk but then I saw a castle nearby and extended my short walk to 3 miles. If I get enough money for a new building but I don’t have enough land to place it I will fit a second walk into my day just to complete it. This is the motivation I needed to get myself back onto a healthy track while still having fun doing something I like. The best part is, the doctors were right, walking has helped my pain a bit and I feel really accomplished when I finish a run.

FEATURES
Run, jog or walk anywhere: Run An Empire is available anywhere in the world and works with everyone’s pace.

Scout, skirmish, secure: Players can claim new land in the name of their empire, by moving through or around it. They can invade neighbouring lands to expand their borders and keep opponents from stealing their territory by reinforcing it.

Real strategy, real world: all the careful planning of a strategy game, played through physical activity in the real world.

Accessible and simple: Run An Empire has not been made just for gifted athletes or hardcore gamers – it doesn’t have any convoluted rules and has been designed to ensure that determination wins over natural ability. Sprint is finally soft launching VoLTE in select US markets